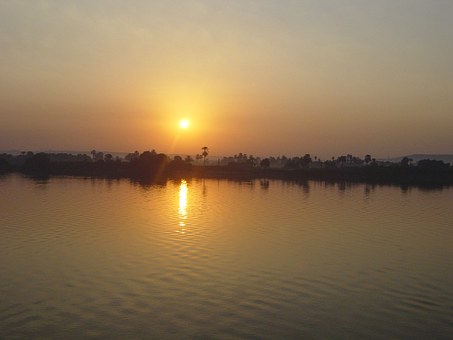 Egypt, a country famous for its ancient history and fascinating culture

, is indeed a very wonderful place to visit. Known for its intriguing archaeological riches, friendly hospitable customs and artistic traditions, who would not want to visit the country? If you are planning to travel, do not miss out this country and its culture.

Egypt's primary religion is Islam, and Muslims have taken the 90% of its population and the rest of the 10% is Christians. Since most of the population is Islam, its culture dominated the country. Businesses, especially those owned by Muslims, regularly close on a Friday while Christian-owned establishments close on a Sunday. Also, since it is a country dominated with Muslim, do expect the people to be called five times a day for a prayer. That is why, when visiting, do not be surprised if in a certain time of the day, they stop what they're doing and pray.

Egyptian culture states that each person is responsible for the family name they are carrying. That means, reputation is very important in their family to the point that a mistake of one is a mistake of all. No wonder crime is a very rare occasion in this country. Also, since it is a very rare occurrence, it has been said that the streets of Cairo is a lot safer than those in Western cities. Yet, do not hold on to this fact and believe that nothing will happen to you. Pickpockets are still present especially in tourist sports, so be careful with your wallets or purses. Do not also try to walk alone on deserted areas where you are not familiar with. And at most times, keep an eye on your belongings.

Egypt is a bit strict when it comes to alcohol drinking. Egyptians will not mind if you drink but just do not over do it as they do not permit it. When in social situations, always ask first if it is appropriate to drink or not since the Muslim religion prohibits its members from drinking alcohol. As it is to say, it is much safer to ask first so as to prevent any commotion. However, you are still allowed to buy alcohol in shops and liquors in some stores. Yet, you are prohibited to bring up to one liter of alcohol with you through customs and you might also have trouble ordering beer or wine especially in Muslim-owned establishments.

It is a general rule that tipping professionals is discouraged. It is highly inappropriate for them. When you are riding a taxi, do not tip as mostly the fare is being negotiated by two parties and usually the driver incorporates the fare with the tip. However, some of the people, especially in tourist-populated areas, may ask baksheesh over a simple service they do to you. You can give these kinds of people baksheesh but it is not a requisite. Therefore, you do not have to tip in every situation and it is also not always considered as a requisite of the social etiquette in the country.

Working is not discouraged in women Egyptians. In fact, you can see some of them in professional occupations. The women work for the government, business, higher education, law, medicine and the like. Just like any Muslim, you will find women wearing veils and head coverings yet many of them do not.

Although they are not a bit conservative when it comes to women joining the work force, it is highly encouraged that female tourists should not weak tank tops. They are still a bit conservative to the dress code particularly because of the Egyptian culture. Women in Egypt are encouraged to wear long skirts or pants, loose-fitting clothing, and shirts that cover the shoulders to avoid unwanted attention from men. Also, do expect that when taking transportation and traveling, women are segregated from men. Take for example when riding a bus, usually, women seat in the front while the men in the back.

Egyptian has casual intimacy like kissing the other men on the cheek, so do not be surprised by this gesture. This is their way of greeting and they do not usually require a lot of personal space while interacting with fellow men.

Though they are close talkers, be extra careful when interacting with the women. It has been in tradition that it is unseemly proper to speak with women when you are not related. Even when engaged in professional situations, making eye contact with women is considered to be forward already. Moreover, if talking with the Egyptians avoid going into details and asking about their female relatives. You may be just trying to be friendly but a conservative Egyptian may wrongly interpret it.

Therefore, when traveling to Egypt, please do your best to accommodate local custom even if it might be a bit difficult for you to adapt its cultural traditions. Just be open-minded and flexible in dealing with them, and if you do, you will surely have a good time here.

Jessica Nielson, a writer for cheap holidays 24 (http://www.cheapholidays24.co.uk), also loves traditions and customs of Egypt. For a wonderful trip this summer, read and know about Cairo at http://www.cheapholidays24.co.uk/top-5-places-to-visit-in-cairo.aspx What You Need To Know About Egypt by:Jessica Nielson The Camel Market in Giza - The New Highlight by:Jessica Nielson Reasons Why You Must Go And See Sydney, Australia by:Jo Alelsto Things To Do When You Take A Trip To Australia by:Jo Alelsto Vacation To Antarctica: An Experience of A Lifetime by:Jo Alelsto Stay In Private Villas in Barbados and Experience That Unique Vacation Break by:Jo Alelsto Holiday Ideas to Beat the Credit Crunch by:Clive Wilmer Great Historical Places in the World by:Matthew Kepnes 9 Myths About Russia by:Oksana Boichenko How To Survive Italy ! by:Alexander Reed Kerala Beach Vacations - Vacation in God's Own Country by:Joseph Moore Kerala Tour- The Dream Destination of Honeymoon Couples by:Joseph Moore Manali Tour - A Tour to Tourist Paradise by:Joseph Moore
Write post print Bupa HealthPlus Insurance