What You Need To Know About Egypt by:Jessica Nielson 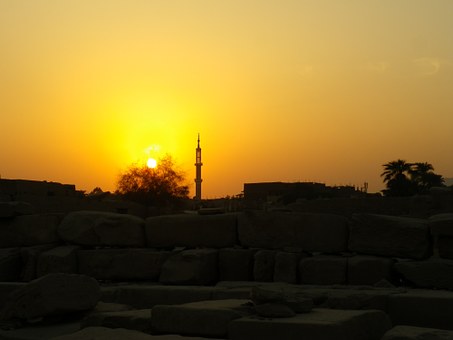 . The country borders the Red Sea (east), Sudan (south), Libya (west), Mediterranean Sea (north) and the Gaza Strip and Israel (north east). It covers an area of about 1,010,000 square kilometers and has a population that is estimated to have 76 million inhabitants who live near the banks of the Nile River alone.

Just like any other countries, Egypt has adopted many names. It ranges from the ancient Egypt stage to Coptic stage, to early Greek, Arabic and so on. It has also been termed as the black land, land of the riverbank, and the two straits. Having been able to adopt many names within the different periods of time, the country finally got a permanent name - Egypt. The English name was derived from the Latin word Aegyptus which means "the name of a temple of the God Ptah at Memphis".

Geographically, Egypt holds the 38th-largest country in the world. It is approximately believed that the country is twice the size of France and the same size as of all of Central America. However, though it has quite a big land area, people do not seem to use the entire land. In fact, the inhabitants use only about 5.5% of the total land area. This is because of the aridity of Egypt's climate; which is why the inhabitants are concentrated along the Nile Valley and Delta.

Aside from the famous Nile Valley, the majority of Egypt is desert which includes parts of the Libyan and Sahara desserts. The country's towns and cities do include: Cairo (the country's capital), Alexandria (one of the greatest ancient cities), Aswan, Asyut, Giza (where the Pyramid of Khufu can be found), El-Mahalla El-Kubra, Luzor, Kom Ombo, Hurghada, Port Said, Port Safaga, Suez (where you can find the Suez Canal), Sharm el Sheikh, Al-Minya and Zagazig.

Furthermore, Islam is the predominant religion of Egypt. About 90% of the population is Muslims and their national language is Arabic. Most of its livelihood focus in agriculture and settlements can be seen along the Nile River.

Every year tourists visit the country during the favorable months of mid-October to May, when the weather is not that hot. They visit the country to be able to witness what Egypt is famous for; the history, the ancient monuments, the Karnak Temple, the Pyramids, particularly the Giza, the Valley of the Kings and the Opera House which is the only one in the Arab world.