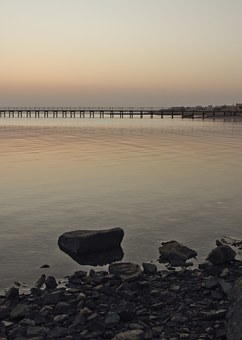 You can find historical heritage sites around the world

. These old places weremade by ancient cultures and give us a window into our past. These locations help tell us our history, how we thought, and how our civilization developed. These places give us information about societies that are long since past. There are many historical sites in the world but the four best historic sites are Machu Picchu, Tikal, Angkor Wat, and the Pyramids. Each of these locations, spread out around the world, are the remnants of once vast and powerful cultures.

Machu Picchu- Machu Picchu means "Old Peak" and is located thousands of meters above the ocean. Every year, millions of people venture over the Incan trail to see this ruin. This historic place is located high up in the Andes mountains and was once part of the Incan Empire. Machi Picchu is a world heritage site should be preserved since it is considered to be a sacred place by the locals. Not much is known about the site as it seemed to be abandoned only a few hundred years after use but many theorize it was a summer home for the Incan king.

Tikal- Situated within the Central American jungles, Tikal's archeology and architecture, flora and thick forests are a popular tourist destination. Tikal is a world heritage site with beautiful temples that give us a peak into the lives of 7th century Mayans. Tikal was one of the biggest city states in the region and was once the most powerful Mayan state. It was lost to the jungle for centuries and has only been excavated over the last few decades. Many of its buildings still remain under the forest. The crowds here don't come until mid-day so in the mornings, this wonderful place is all yours.

Angkor Wat- Angkor Wat and the Angkor temple complex are some the most visited tourist attractions in the world. People come from all over the world to see the remains of this lost city. It has been featured in many movies and everyone is familiar with it. Located in Cambodia, Angkor was once the capital of the Khmer civilization. Built in the 12th century, there are hundreds of temples and structures here to explore. The most famous is the main temple of Angkor Way, Bayon, and Te Phrom, the last being featured in the movie Tomb Raider. Make sure you come early to beat the crowds.

The Great Pyramids- The Pyramids are some of the oldest historical sites in the world. Located in Egypt on the banks of river Nile, the pyramids are the major tourist attraction in Egypt. There are many pyramids in the world and around Egypt but when people talk about the pyramids, they are talking about the great pyramids of Giza. These three goliaths give us insights into the ancient Egyptian culture, one of the oldest in the world. For a small fee, you can even explore the insides of these great structures, which are over five thousand years old.

There are many world heritage sites in the planet that are great and should be visited by tourists. However, these four are by far the most popular and the biggest. They see the most tourists and get the most fame. Travel is very beneficial to sites on the planet but remember to make sure you do your best to keep these places safe for future generations.

Matthew Kepnes has been traveling for many years and his work has appeared in many major publications. He has visited all the sites listed. You can find out more about on his site http://www.worldhistoricalsites.com/angkor-wat/ 9 Myths About Russia by:Oksana Boichenko How To Survive Italy ! by:Alexander Reed Kerala Beach Vacations - Vacation in God's Own Country by:Joseph Moore Kerala Tour- The Dream Destination of Honeymoon Couples by:Joseph Moore Manali Tour - A Tour to Tourist Paradise by:Joseph Moore Travel Tips: Northern Arizona Rocks! by:Ruth Seebeck Travel Money: Cash vs Plastic vs Travellers Cheques by:Clive Wilmer A View of the Greek Island Rhodes by:Dan Williams The Diversity of Antalya in Turkey by:Dan Williams The Six Things That You Shouldn't Miss at Mallorca by:Jessica Nielson The Beauty of Paris - A Perfect Place to Spend Your Holidays by:Jessica Nielson The Beauty Of The Island Of Majorca by:Jessica Nielson Weekend Break at Paris by:Jessica Nielson
Write post print Bupa HealthPlus Insurance