A View of the Greek Island Rhodes by:Dan Williams 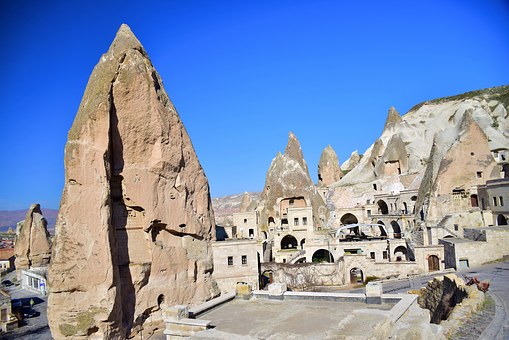 beaches and crowded bars and night clubs full of noisy young people having fun then perhaps Rhodes is the destination you've been looking for. Perhaps it's the location of Rhodes that sets it apart from other Greek islands, being much nearer to the coast of Turkey than Greece. Rhodes certainly has a slightly different feel to the other main islands like Corfu, Kos, Mykonos, Naxos and Kefallonia and Zakynthos off the west coast. It seems to attract an older cross-section of travellers and more family groups.

As you read through the reviews posted by people about their visits to the island, the common theme is quiet beaches, relaxed surroundings and peaceful days in the sun.

Quality is another word associated with Rhodes and the island has its fair share of luxury 5-Star Hotels.

Rhodes is lucky enough to enjoy over 250 kilometers of coast and therefore has a great choice of beaches. One of the best is the oddly named Anthony beach, named after the actor Anthony Quinn who fell in love with the island while filming The Guns of Navarone and ended up buying some land on the island. This beach is small and beautiful but not well suited for families with young children as the rocks and stones are tricky underfoot.

A more developed beach with full facilities can be found at Faliraki Beach. It is one of the biggest and most developed beaches on the island and has lots of golden sand and clear waters to keep holidaymakers happy. There are plenty of cafes and restaurants on hand and also a choice of watersports activities for more active people. Kalathos beach and Tsabika beach both offer soft sand, but many beaches on Rhodes are stony so families with children should check carefully where they head for.

Like many Greek islands, the main town has the same name as the island itself and Rhodes town is certainly full of interesting attractions. It has its fair share of tourist developments, including large hotels and shopping areas but it also has a wealth of history to explore and enjoy. The medieval part of the city, sitting high above the harbour, dates back many hundreds of years and old fortifications indicate that the town was often subjected to siege and invasion over the centuries. It is this part of Rhodes that attracts many visitors. The large palace surrounded by paved walkways and alleyways, combined with squares, courtyards and gateways provides an old town that illustrates architecture and style throughout the ages. The main fortress is divided into northern and southern halves. In the south the Hora houses a Turkish bazaar and other markets, while the northern section, the Kollakio, has the Street of Knights the palace of the Grand Master. Rhodes town, which is accessed by one of eleven ancient gateways, has been nominated as a site of world cultural heritage by UNESCO, one of only 878 in the world.

Rhodes is also a very green town, with areas of grassland between the old castles and many tree-lined avenues. It certainly makes a stroll around the town a very pleasant way to pass the time.

The harbour is a central focal point for the capital and, although not large by any means, has an interesting mix of old and modern boats. It is also a stopping point for larger passenger ships and island hopping cruise ships.

Flights into Rhodes arrive at Diagoras International Airport, which is situated south-west of Rhodes town, about 15 kilometers away. The airport takes a mix of national flights, mainly from Athens and charter flights from abroad bringing holidaymakers to the island. The airport was opened in the late seventies but benefits from a new terminal which opened 3 years ago.