The Cliff – the golden Crown on the crescent Beach 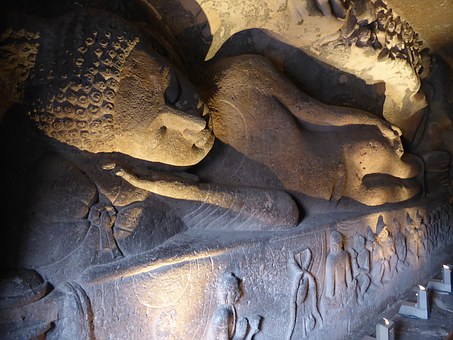 A cliff is a rocky outcrop that rises vertically

, formed through erosion and weather conditions over centuries. You can find them beside rivers, seas, mountains and other geographical areas where they tend to stand out and add beauty to their surrounding environs. Cliffs are adorned with steep edges, multicoloured layers, cascades and snow caps and natural shapes that would often coin them their names. Cliffs are one of nature's most fascinating formations and you could find them in many parts of the globe, including the farthest southern coastal town of Varkala in India. Varkala is nestled in Trivandrum also known as Thiruvananthapuram District tucked away in the southern Indian state, Kerala. Just over 50 kilometres to northwest from Trivandrum, Kerala's capital, you can reach Varkala where many attractions dot the area neighbouring its famous cliff. The town of Varkala is quite famous for its beaches, Ayurvedic centres besides a centuries-old temple called Janardana Swamy Temple and a mausoleum of Sri Narayana Guru. For those who prefer escaping the bustle of the more popular Kerala beaches and relaxing in a peaceful coastal backdrop, Varkala beach is ideal. Next to the beach you may find mineral springs with healing powers, so take a dip and feel rejuvenated while enjoying the sun, sea and the beach. Apart from these attractions Varkala beach claims to have another attraction which is also the most conspicuous one that you spot as soon as you enter the beach. It is the cliff of Varkala, a rocky promontory steep and high and runs along the crescent beach almost like a massive fortification of an ancient fortress. And this one is indeed a natural fortification. The golden cliff fringing Varkala beach adds a fine silhouette as the sun dips over the horizon painting the sky with a golden orange and the sea in a rusty bronze. For those who opt to catch this spectacle must visit the restaurants perched up this very cliff serving an array of delicacies. Surrounded in lush palm trees, standing right next to a sheer drop and looking down at the endless ocean is an experience that cannot be described in mere words. Interested in a coastal experience in this southern Kerala beach town? Then reserve a Varkala hotel for your next holiday and don't forget to visit other attractions nestled right around the famous cliffs of Varkala. With close links to the Varkala Railway Station you can choose The Gateway Hotel Janardhanapuram Varkala that would heighten your cliff experience. For this very hotel is perched right on top of the cliff where its guests can have exclusive garden vistas and of course splendid sea views right from their rooms.

The Cliff the golden Crown on the crescent Beach