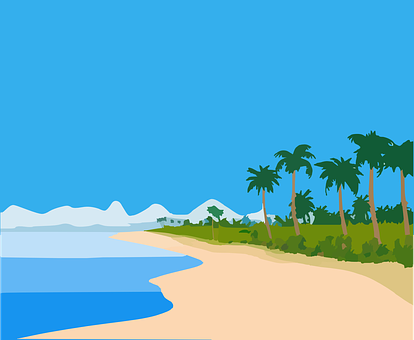 after high school graduation, and has had the privilege of visiting all 50 states and 56 countries at last count, I know how important it has been to me each time to get the photos from the camera to a photo album as quickly as possible. One reason is I'm a bachelor, and as a result, share my vacation by way of photos when I return, rather than during the trip with family. Many times I find people who, conversely, took a wonderful vacation years ago, but their photos are still stuffed in a shoebox somewhere, rather than in a photo album where they belong. Procrastination can become a bad habit.

Back in '87, I took a very long vacation of several months, traveling around the Pacific Rim, and ended up with over 3000 photos when I returned home, about 2000 of which I preserved in photo albums. Fortunately, before I started out, I came up with an idea of how to keep this mountain of photos in chronological order, which greatly helped in remembering exactly why that scene was photographed in the first place, and where. What I did was take a roll of masking tape along with me, and on each roll, as I finished it, I wrote the next number in sequence on the tape and put it on that roll. When I returned home, there were all my photos numbered consecutively from Day 1 to Day 112. Coupling that with the daily log I kept, and the notes I took in that log of some of the more obscure, confusing, or detailed photos in the stack, I was able to accurately label each of them. I've done that ever since.

I've also taken photos over the years of things that I had no intention of keeping, but that helped me keep track of what I was seeing. For instance, I was able to visit Rainbow Falls near Hilo, Hawaii, on that 1987 trip, and to help me remember which falls that was, I took a photo of the sign there at the parking lot which gave that name--very helpful for recall.

In addition, I have gotten in the habit of extensively labeling each of my photos so that I can literally loan my photo albums to a friend for a few days, knowing they can take themselves through the album(s), as opposed to having to arrange a time when I can come over and stand over their shoulder to explain each of the photos to them, which can become logistically impossible if 30+ people want to see them upon my return.

Point 3, the little scraps of paper--gate passes, youth hostel passes, brochures, etc., can be nicely kept at the back of the photo album in an acetate sheet protector, if your photo album is loose leaf, or if it's not loose leaf, in a clasp envelope taped to the back cover. Years later, those little things mean a lot; I've been glad I kept them on more than one occasion.

Lastly, through personal disappointment, I've learned to take a photo of everything, realizing that maybe 1/3 or more will be discarded, but that's much better than getting my photos back and realizing that I never took a photo of that scene/person/whatever, because at the time it didn't seem important. This is much easier these days with digital cameras, but the discipline of recording everything is still important.

James F. Green is the owner of http://forestcityphotoalbums.com, which is your best source for eco-friendly photo albums on the web, since they are beautifully handmade from jungle renewable materials such as bamboo,leaves, seeds, and flowers on the Indonesian island of Bali. They come in 92 different designs and in 3 sizes. Come check us out. What to Do on Holiday in Ibiza by:Jessica Nielson Taking a Family Holiday in Ibiza by:Jessica Nielson Holiday at Ibiza - the World's Top 3 Clubs by:Jessica Nielson Cheap Holiday Deals in Talamanca - Perfect Among Travelers to Ibiza Town by:Jessica Nielson My Love Affair With Thailand by:Kevin Butters Arabian Nights Dinner Show: Get Set for a Dazzling Night Out in Orlando by:Mark Whichard A Place for All Seasons by:Mary Smith Girls Guide To Outdoor Essentials by:OutdoorGB Keeping Your Luggage Safe When Traveling by:Paul Abbey Learn To Operate Your Travel Business Opportunity by:Paul Abbey North Carolina Golf Club Communities: The Finest Places To Reside by:Robert Bencivenga How To Get To Hawaii by:Shawn Collin May and June Chicago Weather by:Storm Daly
Write post print Bupa HealthPlus Insurance