A Place for All Seasons by:Mary Smith

The Auvergne is one of Frances best kept secrets

. Yet it is hardly hidden away in some distant corner. On the contrary, you will find it bang in the middle of the country as bold a brass saying 'look at me, here I am, come and have a look around!. So why, so far, has this beautiful area of France remained largely unnoticed by the British, who would seemingly rather travel around or through the area to holiday in the more populous, and far more crowded, regions further south. The French love it, and descend in numbers for their annual holidays.

So, why go there? The answer is obvious. The Auvergne is one of the most naturally beautiful parts of France with a great variety of landscapes, demonstrated by the contrast between the dramatic volcanic uplands of the Puy de Dome and Cantal departments and the vast plains of the Allier river in the north.

The Auvergne is home to the 'Monts Dome', a range of mountains located to the south west of Clermont Ferrand, made up of over 80 volcanoes which became extinct less than 4000 years ago. This stunning terrain has several high peaks (known as Puys) with the imposing Puy de Dome overlooking Clermont Ferrand reaching 1465m and the Puy de Sancy an impressive 1886m, the highest peak in France outside of the Alps and Pyrenees.

Most visitors enjoy the region in the high summer and winter (for skiing) but the area really does offer something for the tourist all year round. 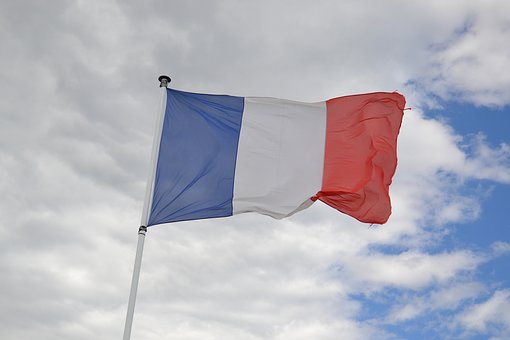 Ahh... the snows have melted on the higher ground and the true beauty of the landscape is revealed as the trees emerge from their winter torpor and start to re-gain their healthy green complexion. The myriad of colours displayed as the trees blossom adds to the feeling of re-generation. Life is breathed back into the countryside and the terrain becomes a sea of green once more, enhancing the many panoramic views which greet you, seemingly at every turn.

This season is excellent for walking. From the casual ramble to the more serious hike the area provides a multitude of choice along the many marked tracks and paths. The weather is pleasant and generally warm although do not discount the possibility of the occasional thunderstorm on the higher ground where you may also find the last pockets of snow clinging to the hillsides.

Cyclists are also well catered for. The variety of terrain, from the high mountain passes to the gentler plains of the Limagne offers a good choice for the road cyclist. For the off roader the choice of trails and tracks to traverse is plentiful and suitable for all standards of cyclist.

This is obviously the most popular season with holidaymakers and as such is the busiest time of the year. Despite the increased numbers it is still easy to get about, although parking at some of the more popular sites can be more difficult - but you must have a car.

With the summer foliage in full bloom the area plays host to a variety of tourists, not only the enthusiastic rambler or cyclist but also lovers of many other outdoor activities such as rock climbing, hang gliding, horse riding, fishing...the list is seemingly endless. The climate during the spring and autumn is often more suited to many outdoor activities and the less crowded roads and footpaths are attractive to many visitors at these times of year.

For the family visitor there are many excellent campsites, most of which have a high standard of facilities. The lack of a coastline is no barrier to sunbathing on a beach or swimming in the open air as many of the Auvergne lakes have beaches and swimming zones, all of which are patrolled by lifeguards. Of course, for such a popular tourist area there is a plentiful supply of decent hotels, gites and rental accommodation to choose from. The value for money offered by much of the accommodation compared to many other areas of France is an important consideration, particularly in the current economic climate.

There is no shortage of trees in the Auvergne. The Domainal Forest of Troncais in the Allier, covers over 27,000 acres and is the largest oak forest in Europe. But even this is dwarfed by the vast 'La Chataigneraie' area of the Cantal which boasts over 500,000 acres of chestnut trees. As you would expect, the abundance of deciduous trees makes the Auvergne a great place to experience the autumn leaf displays. You will know, of course, the rich diversity of colours which this season can display and the region is perfect to experience such arboreal beauty at this time of year.

The climate is generally milder than the UK making conditions ideal for travelling by car, foot or bike to view this wonderful spectacle.

To the average ski enthusiast the Auvergne is not an area associated with skiing. However, although not anywhere near as vast as the Alps, the area does have three decent sized ski resorts with some very good facilities.

The two main classified ski-centres of Superbesse and Le Mont Dore are located on the south and north side of the Puy du Sancy respectively and are linked to form an overall ski terrain of 85km. In December 2008 a new cable car opened in Superbesse improving access to the summit; the Puy de la Perdix (1850m). The other major ski centre is Le Liorian in the Cantal which offers 40 downhill runs and several kilometres of cross country ski trails. 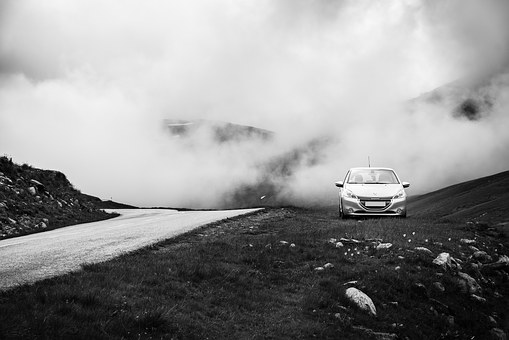 In total the 'Grands Espaces d'Auvergne' ski region offers over 200km of downhill pistes and 900km of cross country trails. If you are new to skiing then the Auvergne resorts are an ideal place to learn with ski schools in each of the main resorts.

The Auvergne, for sheer variety of landscape and range of activities has to be one of the great all season destinations in Europe. Why not give it a try?

Auvergne France Vacances is a holiday lettings agency in the Puy de Dome in the Auvergne. Got to http://www.auvergnefrancevacances.com to find the perfect place to stay whilst visiting this beautiful region. Girls Guide To Outdoor Essentials by:OutdoorGB Keeping Your Luggage Safe When Traveling by:Paul Abbey Learn To Operate Your Travel Business Opportunity by:Paul Abbey North Carolina Golf Club Communities: The Finest Places To Reside by:Robert Bencivenga How To Get To Hawaii by:Shawn Collin May and June Chicago Weather by:Storm Daly May and June Reno Weather by:Storm Daly January and February Las Vegas Weather by:Storm Daly Things to Do on Holidays in Iceland by:Suzel Taber Shaw Things to Do In Cajamarca Peru by:Thomas Carroll Hermanus Whale Capital of the World by:Wouter Olwagen The Loch Ness Monster - Just a Myth? by:Ben Sleuth More Holiday Ideas to Beat the Credit Crunch by:Clive Wilmer