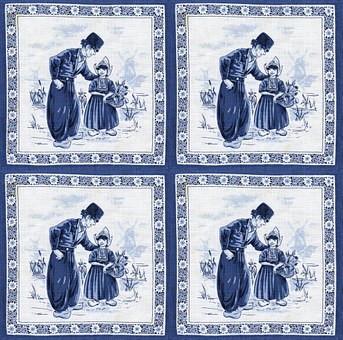 The term Child Labor is used for employment of children below a certain age, which is considered illegal by law and custom. According to the statistics given by International Labor Organization there are about 218 million children between the age of 5 and 17 working all over the world. India and other developed and developing countries are really plagued by the problem of child employment in organized and unorganized sectors.According to the statistics given by Indian government there are 20 million child laborers in the country, while other agencies claim that it is 50 million.

To sum up, most countries of the world consider it highly inappropriate when a child below a certain age is put to work.

Some common causes of child labor are

Lack of education and exposure,

Exploitation of cheap and unorganized labor.

The Indian constitution categorically states that child labor is a wrong practice, and standards should be set by law to eliminate it. The child labor act of 1986 implemented by the government of India makes child labor illegal in many regions and sets the minimum age of employment at fourteen years.

There are many loop holes in this law in terms of affectivity.

Child labor does not make completely illegal and does not meet the guidelines set by ILO concerning the minimum age for employment, which is fifteen years.

The policies which are set to reduce incidences of child labor are difficult to implement and enforce.

The government and other agencies responsible for the enforcement of these laws are not doing their job.

Certain sectors like agriculture and domestic work are not included in the exemption of child labor.

In some countries very strict child labor laws exist but the offices and departments responsible for implementing them are underfunded and under staffed.

The judicial machinery and courts are also found to be faltering and fatling where proper enforcement of such laws is concerned.

Many state governments are feisty in allocating resources to enforce child labor laws.

There are also many loop holes while setting laws and rules for child labor which allows exploitation. For example in Nepal, the minimum age for a person to go for work is 14 years, but plantation of brick clines is exempted from this.

Based on the recommendations of Gurupadaswamy Committee, the Child Labour (Prohibition & Regulation) Act was enacted in 1986.In consonance with the above approach, a National Policy on Child Labourwas formulated in 1987.The Action Planoutlined in the Policy for tackling this problem is as follows:

Project Based Plan of Action

There are specific clauses in the draft of Indian constitution dated 26th January 1950, about the child labor policy in India. These are conveyed through different articles in the Fundamental rights and the Directive Principles of the State Policy. They lay down four specific policy rules regarding child labor :

1) ( Article 14) No child below the age of 14 years shall be employed to work in any factory or mine or engaged in any other hazardous employment.

2) (Article 39-E) The state shall direct its policy towards securing that the health and strength of workers, men and women and the tender age of children are not abused and that they are not forced by economic necessity to enter vocations unsuited to there are and strength.

3) (Article 39-f ) Children shall be given opportunities and facilities to develop in a healthy manner and in conditions of freedom and dignity and that childhood and youth shall be protected against moral and material abandonment.

4) (Article 45 ) The state shall endeavor to provide within a period of ten years from the commencement of the constitution for free and compulsory education for all children until they complete the age of fourteen years.

5) The main legislative measures at the national level are The Child Labor Prohibition and Regulation Act -1986 and The Factories Act -1948. The first act was categorical in prohibiting the employment of children below fourteen years of age, and identified 57 processes and 13 occupations which were considered dangerous to the health and lives of children. The details of these occupations and processes are listed in the schedule to the said Act.

6) The factories act again prohibits the employment of children less than fourteen years of age. However an adolescent aged between 15 and 18 can be recruited for factory employment only after securing a fitness certificate from a medical doctor who is authorized. The Act proceeds to prescribe only four and and hour's work period per day for children between 14 and 18 years. Children are also not allowed to work in night shifts.

7) In the year 1996 the Supreme Court of India came out with a judgment in court that directed the State and Union government to make a list of all children embroiled in hazardous occupations and processes.

8) The judiciary also laid down that Child Labor and Welfare Fund is set up. The contribution for this was to be received from employers who contravened the Child Labor Act.

India is also a signatory to the UN Convention on the Rights of the Child, ILO Abolition of Forced Convention No 105 and ILO Forced labor Convention No. 29. A National Labor Policy was also adopted in the year 1987 in accordance with India's development strategies and aims. The National Policy was designed to reinforce the directive principles of state policy in the Indian constitution.