Why Do Some People Or Couples Only Have Boy Or Girl Babies? 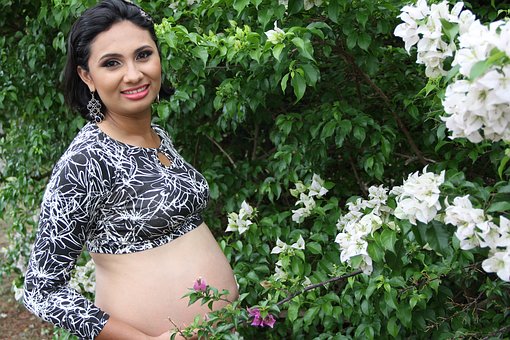 I recently heard from some one who was trying to become pregnant with a girl baby. However, she already had four girls. Her sister had two girls. Her mother had only conceived girls. There were no boys or brothers.

She asked me "why do some people only have boy or girl children? Is there any way for me to change this so that I can have a boy baby this time around?" I will address this question in the following article.

Is There A Gene That Makes Boy Or Girl Children Run In Families?: People sometimes visit my gender selection blog and ask me if there's a "boy baby gene" or "girl baby gene." Scientifically, there's not. Scientists have actually studied men who have several of only one type of gender. And they have found that those men still release equal numbers of X (girl making) and Y (boy making sperm chromosomes.) In fact, most specialists will tell you that all men release roughly equal amounts of boy togirl producing sperm which makes sense when you figure that the girl to boy ratio is roughly 49 to 51 percent.

Technically, It's The Man's Sperm That Determines Whether You Have A Boy Or Girl Child, But This Is Only Part Of The Equation. The Mother Counts Too: If you want to strip this down to the most basic equation possible, if an X sperm chromosome makes it to the egg, you get a girl baby. If it's a Y, you get a boy. Since we know that men release equal numbers of these, then that leaves the woman or the mother. Let's now look at that.

Can The Woman Or Mother Have The Boy Or Girl Gene?: Well, if the man doesn't have some sort of gene that makes him only have girls or boys, what about the mother? I don't think there's these types of genes where the mother is concerned either. But, I do think that there can be a female family history of alkalinity and acidity.

See, my theory is that since we know the man's sperm ratio doesn't change, and we also know that the females' PH can influence your baby's gender, then the long line of boy or girl children may well have something to do with the mother to be. If your PH is acidic, you are more likely to have a girl baby. If it's alkaline, you're more likely to have a boy baby. I think that some women are extremely alkaline or extremely acidic and this might run in families. (In fact, I have had women test their PH and find that this is true.)

If you're a woman who keeps having boy or girl children, then I would strongly suggest checking your PH and then acting accordingly. I havea website that explains how to do this. My free blogs take a lot of guesswork out of choosing your baby's gender. You'll find tips, advice and stepby step instructions.

If you want a girl baby, check outhttp://conceive-a-girl-baby.com

For a boy, seehttp://conceive-a-boy-baby.com Buying Clothes For Your Children Online How can I get my children to follow rules and do their chores? The Raising Teens Rulebook The Balance Equation Explained using the Teenage World Kids Roller Skates Landau Children&#039;s Scrubs Help Make Children More Comfortable With Treatment Move Away From Children Cases Numerous Suggestions For Organizing A Child Shower Child Abuse Statistics You Should Know About An Asset Search to Collect on Unpaid Child Support? Children and Chocolate Learn German Kids Tips On Fire Safety Children Should Learn From The Adults
Write post print Bupa HealthPlus Insurance