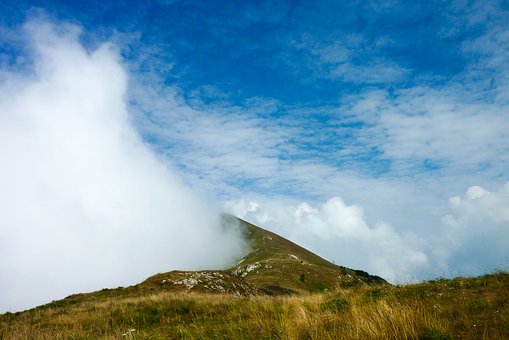 Lovers of holidays to the Greek islands each have their favourite

. For some it's a small Ionian hideaway like Paxos or Ithaca, for some it's an island with fabulous beaches and bathing, like Skiathos or Alonissos, and for others it's the sophistication and beauty of the surroundings, like Santorini, Skopelos or - Symi. Symi? Well, there's been no Mamma Mia yet on Symi but to many Greek island enthusiasts it's right up there in the top ten holiday destinations.

One key factor when it comes to Greek islands, say the experts, is that you mustn't be able to fly there direct. And Symi certainly fits the bill there. The nearest airport is on Rhodes, the capital of the Dodecanese (Greek for twelve) islands of the eastern Aegean. From Rhodes, one hour in the catamaran or two hours on the local ferry will bring you to the craggy outlines and clear blue waters of Symi, which lies to the north of Rhodes a couple of miles off the Turkish coast. As the boat rounds the headland into Symi bay, the first time traveller is met by a wonderful vista of handsome stone buildings spread across the three hillsides framing the harbour.

This is Symi. For while the island is not as small as some Greek jewels - Paxos, for instance, or tiny Tilos - it consists really of Symi town, a beautiful agglomeration of neo-classical buildings grouped around and above a lovely natural harbour. The town is divided into two sections, the lower harbour area, Yialos, and the upper Chorio or village, the two being linked by one of Symi's best known features, a flight of over 400 steps known as the Kali Strata (beautiful steps). The donkeys who used to struggle up these steps laden with logs, water barrels and various wares have now largely been replaced by motor vehicles but they still labour up the slopes with visitors' luggage attached and set an example to less fit visitors pausing for breath on their ascent.

Symi town is where almost all the accommodation is found, since in its heyday in the 19th century, when Symi grew rich on the proceeds of shipbuilding and sponge-diving, the Symiots constructed their imposing three-storey houses almost exclusively in the town. These are the dwellings which have steadily been restored as holiday accommodation since the advent of Greek tourism in the 1970s. 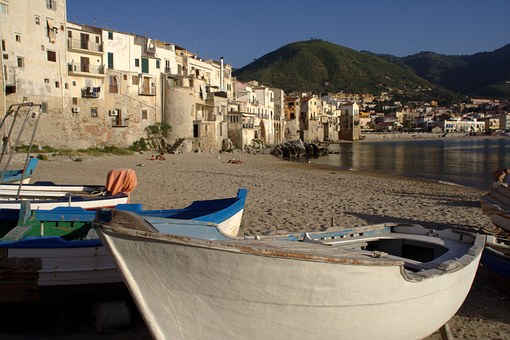 Opinion is divided over whether the place to stay in Symi is the village or the harbour. There are advantages and drawbacks to both. The village is a long climb on foot, especially in 90 degrees of heat in July and August, but is quiet and offers splendid views once you are there. The harbour area is more bustling, as most of the (very good) tavernas, cafes and shops are located there and there are boats of various sizes drawing in or pulling out during most of the day.

Travel la carte, who have been bringing holidaymakers to Symi for twenty years now, rather hedges its bets on this question - by having some of its prime properties between the two. Laza penthouse, for instance, a superb one-bedroom apartment enjoying glorious views over the harbour, and the larger Villa Laza below, are a quarter of the way up the Kali Strata and so get the best of both worlds: proximity to the local amenities combined with tranquillity and commanding views. The two can be taken together or separately, with the villa itself being the model of a beautifully restored old Symi house, with typical mousandra or sleeping platform in the huge living room and a lovely walled courtyard garden. 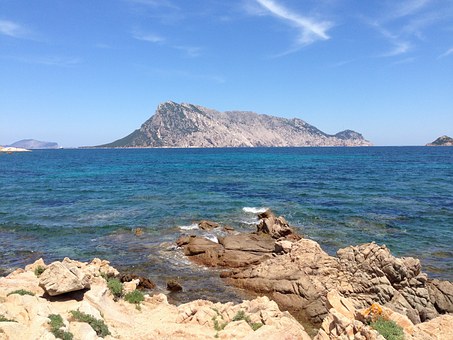 Villa Laza is also one of the very few properties on Symi with a swimming pool. Some people considering Symi for a holiday have the mistaken impression that swimming is a problem on the island. Obviously it's simple if, as at Villa Laza, you have your own pool or, as at the newly built Iapetos Village Hotel, there is a pool for use by all residents. But even though only very few Symi properties have this facility - the island is a conservation area and some planning permission is very difficult to obtain - there is one beach just a very pleasant 15-minute walk from the centre of town and several others within easy striking distance by boat. Sea taxis ply at regular intervals between Symi harbour and the various nearby beaches - Aghios Nikolaos, Aghia Marina and Nimborio - while Pedhi Bay can also be reached by bus. The water is crystal clear and the beaches generally have at least one taverna nearby where drinks or a light lunch can be enjoyed in between the sunbathing and swimming.

Another alternative is to swim directly in Symi bay. Only the local schoolchildren do this in the harbour itself but a bit further out the water is perfectly fine for taking a dip. Villa Eleni, a new addition to Travel a la carte's range of Symi properties, is perfectly positioned for such activity. On the western arm of the bay a few hundred metres from the main harbour, the two apartments at Villa Eleni look directly out to sea and each has a flight of steps leading down to the water's edge. Very few other properties in Symi town can offer this facility. Diving off the terrace at Villa Eleni, you may no longer find any of the sponges which were the foundation of Symi's wealth all those years ago but you will certainly be the envy of many of your fellow holidaymakers, particularly those catching their breath halfway up the Kali Strata and wishing, instead, they were being lapped by the cool waters of the Aegean.