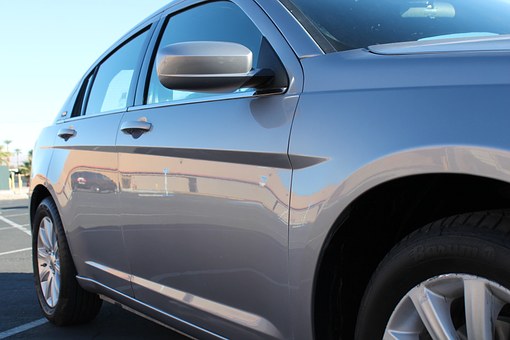 Your car's suspension is composed of a system of shock absorbers

, springs and linkages that connects the vehicle's body to its wheels. It contributes to the car's braking and handling.

There are two general kinds of suspension systems: independent and dependent. It refers to the opposite wheel's ability to move against or towards of each other.

Independent suspensions have several subtypes, including double wishbones, multiple-links and McPherson struts. Independent suspensions are said to be more comfortable and capable in road holding on varied surfaces. It allows the wheels to rise and fall on their own without affecting the opposite wheel. Some suspension devises the link the wheels are still classified as independent, an example of this is sway bars.

Dependent suspensions include types like rigid axles and torsion-beams. These are more versatile and are also cheaper. It normally has a beam or a live axle that holds wheels parallel to each other and perpendicular to the axle. When the camber of one wheel changes, the camber of the opposite wheel follows in the same direction. Dependent suspensions are most common on vehicles that carry large loads.

There is a third type, which is semi-independent. Here, the motion of one wheel affects the position of the others, but they are not rigidly attached to each other. A twist-beam rear suspension is an example of this system.

Andrew Blake is a long-time car enthusiast. He buys and sells cars for a living and has a motor shop to supplement his hobby. Before deciding to go out on his own and set up his car business, he has worked with auto dealers and car leasing companies for 5 years. He shares his love and knowledge about cars by creating articles for cars.ozfreeonline.com. Take a Look at The New Toyota Venza by:Baron Jones Why Getting Arrested By The Police Doesn't Always Mean Losing Your Licence by:Chris Sweetman Used Porsche by:Danny Lambert Is A Diesel Car A Better Deal Given Fuel Prices? by:Dirk Gibson Geo Prizm Built by the Combine Effort of GM and Toyota by:Gary Millar Why Are Tires So Important by:Jared Connell The XJ Series By Yamaha, Solid and Reliable. by:Jim R Myers Luxury SedansWhich One Should You Be Driving? by:Jim R Myers Which Full-Size American Pick-Up Will Do The Work For You? by:Jim R Myers Which Full-Size Van Can Do The Job For You? by:Jim R Myers Three Points to Towing without a Caravan Stabiliser by:Karl Clark Body Kits - When You Should Replace Them by:Louie Liu What Is Back Glass? by:Martine Jones
Write post print