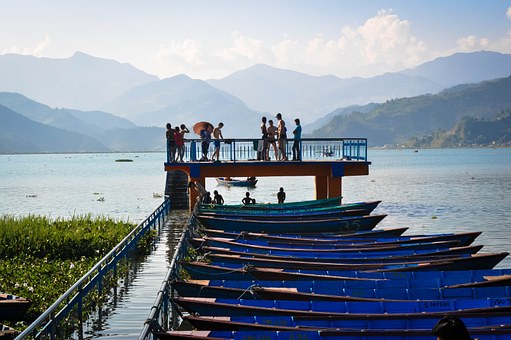 Ever since Nepal's tourism door was opened to the foreigners

, it has been most well known most famous trek destination in the world. There are Several routes to choose for trekking but some routes are very popular. Langtang, Everest Annapurna are probably the most popular trekking routes in the world. There are many reasons to be these routes most popular. This reason were introduced to trekkers specially foreigners long time before. There are many proves where tourists trekked before 1950. There reason are easier to access. One can drive or fly to starting place easily. Clean comfortable lodges are also available along the routes. It is not necessary to bring own tents foods while doing trek. The tea houses serve fresh, delicious hygienic meals drinks throughout trekking. It is also easier to organize these trekking as the trekkers don't need special trekking permission from ministry of tourism civil aviation. Remotes restricted routes required special permit that costs US$ 90 to US$ 700 per weeks but the popular routes such as Langtang , Annapurna Everest don't required it so that it lower expenses on tourists also. There routes are possible to trek in all seasons. Still tented accommodation private kitchen can be your option to avoid disturbances from the crowd .

Most popular regions for trekking in Nepal are

Everest trekking offers you great opportunity to have unique experience.

The Everest area is situated in eastern Nepal. It is protected by the Sagarmatha National Park, established in 1976 with an area of 1148 square kilometers. The park is largely composed of the rugged terrain and gorges of the high Himalayas. Altitude ranges from 2845 meters above sea level (9,330ft) to the top of the world, Mt. Everest at 8848 meters (29,028ft). Mount Everest, the highest mountain in the world, which is known in Nepal as"Sagarmatha" the goddess mother of the world, has long been the greatest attraction for nature lovers and trekkers alike. Solukhumbu, the heartland of the Everest Region and an integral part of the Himalayan mystique, thus provides a welcome destination for these adventurers Throughout this trek trekkers are overwhelmed with views of unbelievable peaks, Buddhist monasteries, and friendly Sherpa villages. Perhaps some may even have a glance of the Yeti! The local people believe that the Pangboche Monastery actually has in its possession the real scalp of this Himalayan legend. As we proceed slowly to allow for maximum acclimation, we will have plenty of opportunity to visit monasteries and sherpa homes of this region. Most of our Sherpa crew come from the Sherpa households of this area. Incredible views of Everest and the surrounding peaks are the inescapable fare while we ascend Kala Patthar.

Annapurna trekking has been wildly recognized as a naturalist's paradise. The upper sub-alpine steppe environment harbors some of the rare snow leopards and blue sheep. Other areas of the region protect bird species such as the multi-coloured Impeyan, kokla, blood pheasant amongst a multitude of other birds, butterflies and insects. Many plants native to Nepal are found in this forest. The conservation area has 100 varieties of orchids and some of the richest temperate rhododendron forest in the world.

For thousands of years people of diverse ethnic backgrounds have scratched a livelihood out of its steep hillsides. The advent of tourism and the phenomenal rise in human population has triggered a process of environmental deterioration. In 1968 Nepal's King Mahendra Trust for Nature Conservation launched the Annapurna Conservation Area Project. With international help, the project aims to integrate environmental conservation with development that can sustain the area's reserve base. The project aspires to improve local living standards, protect the environment and develop a more "sensitive" form of tourism. One of its most important function has been to develop and teach courses on environmental education in local schools.

Explore the upper reaches of the scintillating Langtang Valley. The challenging crossing of the exciting Ganja La Pass Pass through remote Sherpa and Tamang villages in the delightful Helambu region.

The Langtang region is closer to Kathmandu and a little less populated than other trekking destinations in Nepal. We take you to the Langtang Valley that lies just south of the Tibetan Border. Your trek starts from the village of Dunche, walking on the open and fertile valley. Nepal's national flower, the Rhododendron looks amazing with the backdrop of snow-capped mountains and photo opportunities on this trek are endless. You will see and hear a multitude of birds and might be able to spot other wildlife such as Wild Boar and Languor monkey. As you move up the valley you will notice the Tibetan influence in the villages and lifestyle of the people. The ascent up to Tserko Ri (4,984m) is a challenging climb, however it offers some of the most spectacular Himalayan views and the mountain passes are overpowering, which is a definite highlight of the trip! Another option is to undertake a shorter walk up to Kyanjin Ri or walk further up the valley. The pristine Gompa at Kyanjin is set in midst of the Himalayas and the views from all directions are phenomenal. Our relaxed itinerary allows for two days at Kyanjin where we you are able to acclimatize yourselves to higher altitudes as you trek up to Langshisha Kharka for a glimpse of Tillman's Col and the peaks near the Tibetan Boarder. You might also be able to climb Tserko Ri a relatively easy trekking endeavourer, which offers unrivalled views of the high summits.

After Kyanjin Gompa you will spend the next few days trekking over the magnificent Ganja La (5400m. /17712ft), a challenging pass situated on the flank of the Naya Kang (5846m. /19175ft) where high camp is set up on grassy meadows at the foot of the pass before you make the crossing. The last few meters of ascent to the prayer flags on the pass require a modest amount of scrambling, though it is not difficult at any stage. Fabulous views of the Ganesh and Jugal Himal peaks greet you as you traverse across to the delightful Helambu region. Gentle trekking through pleasant