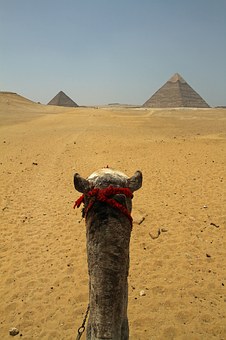 , London is one of the most iconic cities in the world. It is the gateway to Europe for many travellers, featuring Westminister parliament, Big Ben and St Pauls Cathedral. Here you can take a spin on the worlds best known big wheel, go for a show at the cities famous West End and sample some of Englands best known night life, all in one day.

With a population of 7.5 million people and covering an area of over 600 square miles London is one of Londons largest cities. Over 200 nationalities live in the British capital and between them, over 250 languages are spoken. More than in any other city in the world.

It is because of this that the list of things to do, restuarants to eat in bars to drink in is pretty endless.

Transporting over 1 Billion people around the city every year, London's underground, which is better known as the tube, is efficient and extremely easy to use. There are twelve lines in operation and as many of the cities attractions have their own stops, you will definitely gain the benefit of using the tube at some point during your stay.

TIP: If you are going to use the tube a lot in one day, make sure you invest in an off-peak travel card for Zones one and two. They cost a little over five pounds and with them you can use the tube as much as you want for the entire day. But if you decide to come to London for more than one day, make sure you purchase an Oyster card. They work on a pay as you go scheme and you can top them up, using the machines provided at all the different stations on the underground. Oyster cards make traveling quicker, cheaper and easier.

When you arrive in London, the problem isn't what is there to see, its more - what isn't there to see? Attractions include Buckingham Palace, Tower Bridge, Trafalgar Square and Big Ben are just some of the landmarks that can be found in and around the city of London.

A great way to see loads of London attractions in a short space of time is by going for a walk along the River Thames from Westminster Bridge by the Houses of Parliament and Big Ben, all the way down to Tower Bridge which takes about 40 minutes on foot. Along the way you'll see the famous London Eye, St Pauls Catherdral, the Gherkin Building and the Tower of London.

If you are one of those people who likes to visit Museums and Galleries then you are in for a real treat as many of London's famous culture, history, science and art centres are free. This includes the Natural history museum and the science museum which are side by side on Exhibition road in South Kensington and the Victoria and Albert Museum which is just around the corner in Cromwell Road. Closer down the road in the West end is the National Portrait Gallery, behind Trafalgar Square on St Martins Place. Actually on Trafalgar Square is the National Gallery which contains works by Leonardo DaVinci, Rembrandt and Van Gogh.

Lovers of famous art by prefer to visit the famous Tate Modern, located at the cities Millenium Bridge.

Opened in 1753 and also free to enter is the British Museum on Great Russell Street. The British Museum is considered by many to be the greatest Museum In England and the minute you walk through the door into the Great Court, you can see why. The building has over 80 rooms with over 7 million artefacts. These include objects from ancient Egypt, ancient Greece and more.

So whether you are planning for a vacation that fits your lifestyle, or taking some time out with the family, London has a wealth of attractions on offer.