Judicial Protection Against Exclusion From Trade And Industry Groups 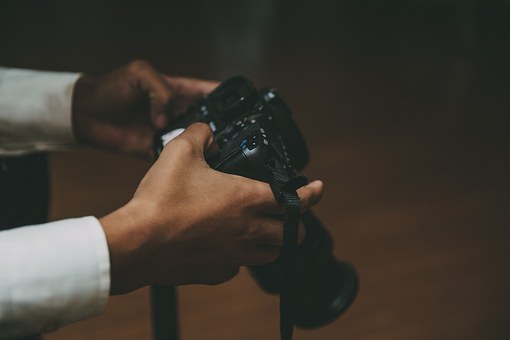 Judicial Protection Against Exclusion From Trade And Industry Groups

Cipriani was an active member of the South Jersey Remodelers' Association, Inc., (SJRA) a trade association of more than 100 home remodelers. Members were offered benefits: "networking", "referrals", "educational programs", "discounted insurance", and access to a Consumer/Contractor Arbitration Board.Cipriani, then an officer and Board member, was appointed to an Administrative Committee which offered recommendations for reorganization, some of them tending to clip the wings of defendant Madden, the long-time Executive Director. Infighting ensued. Cipriani's "slate" of candidates lost control of the Board in the November 2001 election. In January 2003 the SJRA President decided, without consulting the Board or Directors, to fail to send Cipriani his invoice for annual dues for the upcoming year. Cipriani mailed in his check for payment in full anyway. At the April 2003 Board meeting the Treasurer moved to deposit Cipriani's check. A majority of the quorum voted to mail Cipriani's check back to him. He was not expelled, but his membership was made inactive. Although the By-Laws specified both the permissible grounds for expulsion, and the procedures forfect an expulsion, the Board failed to specify any grounds and did not follow the prescribed procedures. Cipriani filed suit to compel the Association to accept his check and reinstate his membership. Why is Cipriani's de facto expulsion the business of the courts? SJRA is a purely private organization. It exercises no governmental powers. Unlike a union or professional associations, membership in the Association is not a prerequisite to doing business or finding a job. There is no allegation that the expulsion was motivated by forbidden racial or discriminatory motive. This case is about nothing more than bad blood. The theory that a member has a contractual interest with a private Association, expressed through its By-Laws, has been discredited. An action for reinstatement sounds in tort, not contract. The member is seeking to protect valued personal relationships and social or professional status rather than abstract contractual or property rights. Cipriani holds that "[p]rivate associations do not have unfettered discretion with respect to their membership decisions." Rutledge sets forth a framework in which to analyze expulsion cases: In Higgins v. American Soc'y of Clinical Pathologists, 51 N.J. 191 (1968). This Court analyzed judicial intervention into the affairs of a private organization as follows: (1) does the plaintiff have an interest sufficient to warrant judicial action, and (2) has that interest been subjected to an unjustifiable interference by the defendant? Id. at 198 Admission decisions are entitled to greater deference. Trautwein v. Harbourt, 40 N.J. Super. 247 (App. Div.). The societal interest in judicial intervention varies with the nature of the voluntary association. Judicial intervention is least likely to be invoked in church cases, Baugh v. Thomas, 56 N.J. 203 (1969), Somewhat more likely in fraternal organization cases, Rutledge v Gulian, supra, and Most likely to be invoked in trade and professional association cases, Higgins, supra; Concerning social or fraternal organizations, such as "the Masons and Elks," the courts recognize that "[a] private organization has a great interest in controlling its own affairs." Rutledge at 123. The "health of society" is enhanced if individuals "are free to determine their own lives for the present and future". However, courts will interfere when expulsions offend public policy. Expulsion from the Elks for writing a letter to the newspaper suggesting various improvements to the fraternity was held to violate the public policy favoring free speech; Zelenka v. Benevolent & Protective Order of Elks, 129 N.J. Super. 379 (App. Div. 1974). Courts are most likely to intervene in trade and professional associations. In Higgins, the plaintiff pathologist elected to work at a licensed laboratory which was not under the supervision of a physician. Despite that the state law permitted this arrangement, the medical society expelled her. In Falcone, an admission case, the county medical society refused to admit a D.O., although he was licensed and fully qualified to practice, costing him his hospital privileges, and in effect limiting his State-granted license. These expulsions were held to violate public policy. In addition to a public policy test, a modicum of procedural due process is required as well. An Association must materially adhere to its own expulsion procedures, Rutledge, as must a University, Clayton v. Trustees of Princeton University, 519 F. Supp. 802 (D.N.J. 1981). Fundamental fairness is necessary: reasonable notice of the charges, and opportunity to be heard. Cipriani. The greater the protective interest of the plaintiff, the more exacting a standard of procedural due process will be imposed.This article is informational purposes only and does not constitute legal advice. For your specific situation consult an attorney licensed in your jurisdiction. Online Journalism Courses Can Help You Forex Morning Trade Torrent - Forex Morning Trade System Must Read Before Buying Contact Lenses Online Top 4 Generic Drugs That Are Being Sold Online Top 10 Online Penny Auction Sites Stream Direct Tv Torrent - Stream Direct Tv Online Get to know about online foreign exchange Online Casino: Fremragende og spennende casinospill tilbys How to get free online Indian horoscope? How You You Can Exploit Facebook Fanpages To Get Rich Online How to Remove Win 7 Antivirus 2011 Online? Win 7 Anti-virus 2011 Virus Manual Removal Step By Step Know Where to Shop for Clothing Online Using an Online Idea Journal to Develop Your Thoughts
Write post print Bupa HealthPlus Insurance