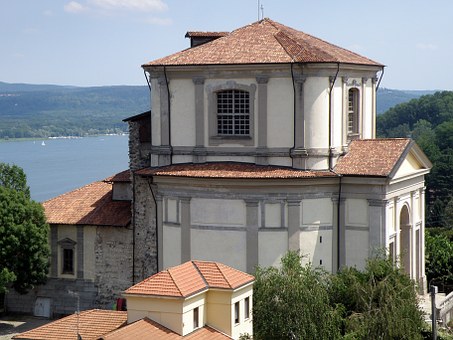 Allied forces under the command of general George Patton arrived on the Sicilian shores on July 10, 1943. It marked the beginning of the "restoration of Italy as one free nation" to quote general Eisenhower. 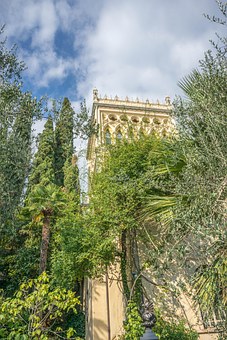 On August 17 of the same year they reached Messina and liberated the entire Island after conquering Pantelleria only one month earlier. Under the command of general Clark the American army took over the city of Salerno.

Naples was freed on October 1 of 1943. The Gustav army blocked the allied advancement to Montecassino until they were finally defeated in the spring of 1944. In June of the same year the allied troops took over Rome.

After liberating Tuscany in the spring of 1945 the allied troops reached Northern Italy and on April 21. The army of general Alexander gained access into Bologna and in the next few days they entered Milano, Genova and Venezia. Here, however, they were spared the fighting; these cities had already been overtaken by the partisan troops of the Comitato di Liberazione Nazionale.

In various cities the people revolted against the nazy and fascist armies. The Germans retreated into the alps and at Dongo on lake Como. At the same time Mussolini was captured by the partisans.

This small writing is only a chronologic recounting of the events but it fail to convey the pain and suffering of the civilians. Italians celebrate this day each year to celebrate, honor and remember all allied, partisans, civillians, who sacrificed much and lost their lives for the freedom and liberty of today.

This is one day when most shops are closed, the cities and towns are usually boasting with people who put on parades, plays, etc. This is also the day when many visit the tombs of the heroes who lost their lives.

For Italians celebration means getting together with family and friends, singing or listening to the old folk songs of that era, like "Bella Ciao" which is dedicated to the fallen partisans. Celebration also means eating lots of great food. Pasta and bread, of course, are never absent.

Claudia Palombo grew up in Italy, graduated from high school and moved to the United States. She learned to cook at a very young age and has been doing it all her life. She also cooked in a restaurant for 5 years.

In addition, she self-published an Italian cookbook entitled Flavors and Memories in which she shares some life experiences of her growing years. The cookbook is now featured on her website http://www.flavorsandmemories.com.

Now she wants to share her knowledge and experience with others who have the same passion for cooking Italian. Take A Holiday - Not Just For Yourself, But For Your Employer And The Economy! by:Michael Quinn Overview Of The City Of Belfast And Its Attractions by:Alan Coyne Camping Essentials For Festival Frolics by:Camper Lands Things to do in Malta - Unique Maltese Traditions by:Claire Zammit Xuereb Let Adventures Unlimited Show You The Beauty & Excitement Of Florida Campgrounds by:Greag Thomson Why is Caponga Beach Is The Best Land Investment Opportunity In Brazil? by:Marco Sangez Carry on Luggage Size Restrictions - Everything You Need to Know by:Mark Twinton Travel in Spain by:Nancy Eben Travel in Hungary by:Nancy Eben Vacations In Bournemouth, England And Some Things You Should Know by:Phil Jones Get Your Good Down Sleeping Bag To The Outdoors by:R. S. Jensen What To Do In Mumbai? Ideas For Mumbai, India Visitors by:Rajesh Tih Santorini Car Hire - Explore The Island Of Santorini by:Rudadatta Rath