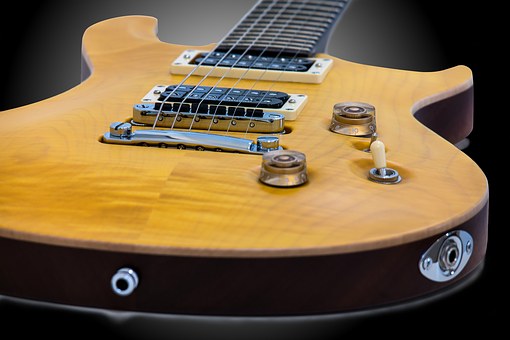 The Story of Suzie is a fable, written for Internet Marketers and anyone else who

wishes to succeed with a project, business, or endeavor of any kind.

Every morning she had cold-cuts for breakfast. When when guests came to her home, she served them only croissants and jam, because she had never heard of cooking.

One day her friend Mary called her, in great excitement. Mary told Suzie that she had just discovered a something new and wonderful, and that it was called cooking. Mary hastily explained that she had come across an advertisement on the Internet, which explained what cooking was.

After hearing a few sentences of explanation from Mary, Suzie got very excited herself. Amazing! One could actually put food into pots and pans, heat it up, do different things with it, and then one would not have to live off of croissants and cold-cuts.

But it got better. Mary went on to explain that cooking wasn't only for experts, but that that anyone even someone like she or Suzy, could learn to cook. And that in fact, they could do it right from the comfort of their own homes.

Wow! Suzy said. "How do I learn this?" Then, a little timidly, she asked, "Do I have to go to expensive night school? Because I don't have ....

Oh no! Mary said. You don't have to go to night school. I found a wonderful website online, and there is a very nice girl there, who will teach you how to cook. All you have to do is buy her eBook for $37.00. You can download it any time (even if it's 2 am!) and start cooking right away!

Suzy ran to her kitchen computer and logged on. She quickly bought the eBook entitled "Cook at Home."

The next day, Suzy was so excited, she even skipped her cold cuts. She grabbed a glass of milk (she had never heard of coffee yet, because that would have involved cooking) and opened up her eBook. She began to read it avidly.

On page 3 of the eBook, the author recommended a free software program which would help Suzie measure her flour and sugar, in case she needed to double or triple a recipe. So Suzy downloaded the software. (Of course, she had to enter her email address first, but that was okay, because it was free. Besides, they offered to send her a very helpful free newsletter!)

On page 10 of the eBook on cooking, Suzie arrived to her first recipe. It taught her how to make scrambled eggs. Suzy went to the kitchen, and got out a very old frying pan that had belonged to her great-grandmother. Ah, so that's what this thing is for! she said. She had butter, but no eggs. So she went to the store.

Suzy got caught in traffic and by the time she came back from the store, it was two hours later and she was very tired. She logged on to check her email. She was pleasantly surprised to see that already had the first issue of her newsletter!

The newsletter explained to her that, while most people tell you to cook with a frying pan, that's really old-fashioned and slow. And that the best way to really cook was to get a special pan called the Super-Sonic-Fryer which would fry her eggs in less time than it takes a sun beam to get to the other end of the milky way! That sounded exciting, so Suzy went to buy that Super Sonic Frying Pan.

The next day before Suzy started on her cooking exercises, she decided to search around Google a bit to see if anyone else had tried the super sonic frying pan. She got a bit distracted through, but that was okay. Because she came across something very exciting. A bread cookbook!

The advertisement explained that there are lots of things to cook, but nothing as powerful and effective as bread. And that, if she really wanted to succeed as a cook, she had to bake bread.

So Suzie of course downloaded that eBook and began to make bread.

Half-way through the recipe she realized she needed to buy yeast, so she went out and bought some.

When she returned, another newsletter had arrived. And this was exciting! It said, Forget scrambled eggs, forget bread, that stuff is for the birds. What you should really make, is Italian pasta!! Not only that , but if she signed up now, she would be eligible for a once-in-a-lifetime opportunity (which could expire at any moment). She could sign up for a free online course, and for only $29 per month, she could learn how to make all kinds of Italian Pasta everything from tortellini, to ravioli, to spaghetti, and more.

So of course, Suzy forgot about her eggs and her bread, and she hastily purchased this new Italian Cooking eCourse. Her incomplete scrambled eggs project was no longer useful, so she threw it away. She had some bread dough rising, but while she was studying her new Italian Cooking eCourse, she forgot all about it - and it eventually fell flat and had to be thrown away as well.

A week later Suzy was depressed. She had bought all these eBooks and materials on how to Cook at Home, and had been working furiously at it, but she had yet to make a single dish!

All was not lost, however. She saw an ad for a new cookbook, which was said to be quite excellent. According to the testimonials on the sales page, many people stated that they had been trying for years to learn to cook at home, but only had success when they read that cookbook.

So, with a sigh, Suzie bought it. Maybe this one would have the answer she was looking for.

Two months later, Suzie had accumulated an entire bookshelf full of cookbooks. Her refrigerator was full of leftovers of incomplete dishes she had begun to prepare. But she had not yet completed a single dish. Not even a piece of toast!

Suzie sat back in her big chair and let out a long, sad sigh.

Well, she said. I guess those people who tried to warn me were right. I'll never Cook at Home. Cooking is a scam!

Some people succeed at Internet Marketing, and others don't. Why? Well, there could be many reasons.

But first and foremost do you finish what you start?

Or do you jump from one idea to the next, in search of the next great recipe?

Do you begin to generate income with a certain method, only to receive a new email which tells you how "that method is really slow and if you really want to make money online, fast, then what you should actually do is .....

Do you have so many good ideas that you start on all of them, so that none of them can get the amount of attention they truly need, in order to succeed? Well, if you do, don't be surprised at what you will probably wind up with a bunch of incomplete projects that haven't yet begun to generate substantial income.

You have heard people say take action, and that's true. You'll never get any eggs scrambled if you sit around reading cookbooks all day, and you'll never make any money online if all you do is ready eBooks.

But there is a little more to it. Suzie took action but she never followed through. She took on more cooking projects than she had time for, and none were completed.

As an Internet Marketer, you are most likely trying to set up streams of income. It might be a website that generates regular sales or ad revenue. Or it might be another successful campaign. So, in a sense, those projects are never really done (unless you drop them).

If you don't take your projects through from that first phase, into the second phase, you will wind up with a bunch of projects that are still in the establishment stages but not generating real income.

It takes control and self-discipline to stick to a project and carry through with it until it's really successful. It can be very easy to be led off in many different directions in search of greener fields.

Its a continuous pull. Call it what you like diversion, distraction, persuasion, or the call of the inbox ... It will always be there, perched on the side of the highway, ready to pull you off the road like a vulture waiting for vulnerable prey to pass.

Be alert to it, and continue to push forward with your current project.

Anna has written a basic and succinct post following this story, which contains some simple rules you can remember, to keep you on track and progressing. To read this post please visit If You Want a Project to Succeed at Anna's blog.

Anna Williams is the webmaster of Building from Nothing. If you would like to stay in touch, you can follow Anna on Twitter. Reasons For The Green Light Effect On Web Traffic by:Michael Cheney How to Succeed with a MLM Business Opportunity and Make Money from Home by:Rosemarie Grabowski Web Site Authority by:Billy Ojai Archiving, Your Website and the Law by:Cole Cheever Creating Multiple Streams of Income by:Matt Gooding Moonwalk The Walk To Business Success by:Michael Cheney Revealing Adsense Secrets For Your Success by:Menno Spijkstra How Twitter Can Increase Your Affiliate Checks by:Peter Gillberg Why E-commerce is Important for Small Business? by:Derek Rogers Revenge Of The Fallen Internet Marketers Part 2 by:Michael Cheney Revenge Of The Fallen Internet Marketers by:Michael Cheney Value The Importance Of Directories by:Noah Ulrich One of the Biggest Affiliate Marketing Mistake by:Paul Kinder
Write post print Bupa HealthPlus Insurance