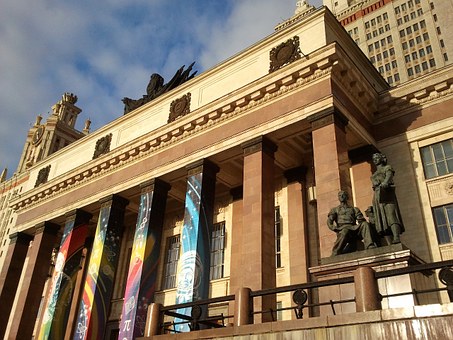 the Four Seasons apartment complex situated in Ilica a thriving and rapidly developing village within walking distance of the hotel resort of Kumkoy near the Historical town of Side on the Turkish Mediterranean currently served by Antalya airport - probably the largest airport in Southern Turkey. There have been rumours of the forthcoming opening of the new Gazipasa airport near Alanya and its suitability for flights to Antalya region but at the time of writing this is still not operational.

Starting out on my daytrip at around 9.00am I walked about half a mile or so down the hill where the beautiful Ilica archway (illuminated at night) stands adjacent to the main Alanya to Antalya highway. There is a pleasant caf and shop just to the right of the arch where you can await the arrival or indeed flag down one of the frequent coaches to Antalya Otogar (Bus Station). The cost at the time of writing is only 8 lira each way and soon after you have joined the coach you will be given a carton of cool drinking water - this is very welcome!!

Everything was going fine, I had charged up my digital camera the night before and the adrenalin was pumping at the thought of the day ahead in a foreign city where the majority of people do not understand English and where I certainly do not understand Turkish.

Then calamity, just as the coach had passed the airport I started to feel the need to use the boy's room! After a few minutes I decided to alert the coach attendant and he arranged to drop me at a nearby Petrol Station to allow nature to take its course. I rushed back to the highway and soon realised that my journey had now ended prematurely with probably little chance of reaching the Otogar let alone Mt Tahtali!

In these crises your instinct takes over and after crossing a few busy roads and asking people the directions of buses, I met a Turkish lady in her thirties wearing sunglasses and with the appearance of belonging to the Turkish Secret Service. I am sure this was my delusion and she beckoned me (No English) to wait with her for a bus towards Kemer.

At this point with the Sun beating down I knew that it could be a very lucky day as this diversion of nature would avoid the process of reaching the Otogar and probably save me time on my way to Kemer and Mt Tahtali.

Once on the bus the lady in question insisted on paying the driver and would not take the money from me, this surprised me very much and I later enquired of another passenger why this was - apparently the fare was about 1 lira and she did not want the money. This is typical of some of the kind hearted turkish people, however don't be fooled in to believing that they are all like that as you will find when negotiating in Manavgat market for example.

After about 30 minutes the bus stopped at a coach lay by opposite the large hotel called "Hillside" where you need to change to the Kemer express bus. I noticed that this hotel is adjacent to the famous Antalya aqualand and dolphin land but I did not have time to explore these two entertainment complexes. The extremely large Migros indoor shopping centre is also close by and upon my return in early evening I had a chance to browse the shops there.

To reach the beautiful resort of Kemer situated south west of Antalya about 40 km from the city took a further thirty minutes. Kemer has some charming shops and a beautiful square (Ataturk Sq) where there are some excellent eateries. There is also a marina and another dolphin centre but time was pressing on and prevented me from exploring further.

Bought a few snacks at one of the cafes and sat in the sun near a pleasant strong looking gentleman who it transpired was called Sam and was from Moscow and obviously well heeled. There are many Russian holidaymakers in this part of Turkey and as Sam explained the prices of flights from Russia are very cheap.

Got talking briefly to an English couple from the North and then realised that my 14.00 coach to Mount Tahtali base station had not appeared. This was calamity number 2. After returning to the agent's office in Ataturk square - which appropriately is called Mt Tahtali 2365 metres , and being gently chided by the office manager for missing the bus, I discovered that it is a red and white mini bus and very fortunately for me the driver agreed to turn around and go back to collect me.

Going towards the base station and once you turn off the main highway the road is incredibly tortuous and bends incessantly as you feel your ears start to pop from the altitude. The base station is a very busy area and each cable car holds up to 80 people.

The ascent to the summit lasts about ten minutes and it is recognised as the longest cable car route in Europe.

Once you have reached the summit and in April you will see significant quantities of snow, clouds and more importantly some of the most spectacular views in the world. This is because the mountain is so near to the coastline and you literally look down on a vista that would have you believe you were aloft in a Boeing 757. I am told that on a clear day you can see all the way from Finike to Side but on this particular day there was some mist and cloud, however I have tried to capture some of the visual delights on camera and have added them to the website. In the large summit building you can dine from a comprehensive menu or shop in the gift shop and when I was there an archway of snow and ice had been constructed affording excellent tourist photo opportunities. Verdict a superb day trip and probably cheaper by rental car but be careful on the roads.

Tim has travelled to Antalya Turkey several times and has now purchased an apartment near Kumkoy.