Absolute Khushwant: The Low-down On Life, Death By Khushwant Singh And Humra Quraishi 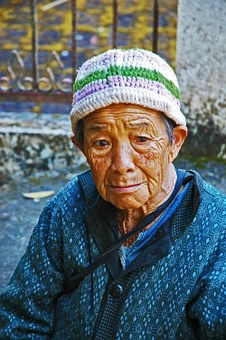 , or the symbol of it, is again back with a bang (he has this happy knack or habit of coming back and surprising us time and again). His new title, Absolute Khushwant, has been written in collaboration with Humra Quraishi, presents details about the life of Khushwant, his loves and work in great detail. Absolute Khushwant has been published by Penguin, which presents to us the contradictions of the man known as Khushwant with all the human elements intact in short, all his life.

A Self Confessed Agnostic

He can speak about the scriptures with complete authority, yet he is a self confessed agnostic. He has championed the cause of free speech with tremendous fervor, but has also the reputation of supporting the declaration of emergency by Indira Gandhi. There is no event in modern India he has not been a witness to, and his views have often been controversial and provocative at the same time.

One thing is for sure, he is never less than honest. Overall, Absolute Khushwant comes right from the heart of the grand old man himself. Even in his mind, the doubts about what is truth always stays, and he believes calling something absolute may be against the very idea of being human. Khushwant Singh himself says whenever he is confused or is in a quandary, he imagines what Mahatma himself would have done in that situation and then he does the same. Khushwant Singh still writes two columns every week, so working comes easily to him, even at the ripe age of 95, so its slightly surprising to note he needed a co-author to write this book.

The Book Was a Penguin Idea

As always, Khushwant does not flinch from telling the readers the book was a Penguin idea, not his. During the writing process, Humra Quraishi asked him questions, to which he provided verbal answers. All the ideas covered in the book are from Khushwant Singh, though the writing comes from Humra Quraishi.

Khushwant Matters to Us

In the early stages of his life, Khushwants father thought he would be a good lawyer since he talked too much, and he did the same. He realized he was making a living out of quarrels of other people and soon left the profession. Once the partition happened, he joined foreign service, but he found this was not the life he was aspiring for. Next was a stint in UNESCO, but he found his destination as an editor in Illustrated Weekly of India. He has never compromised his integrity as a journalist and even while writing his columns, if somebody says what he has written cant be published, he says stop my column. Nobody does. Khushwant Singh matters to us.