Princess Auto -the Best Car Gadgets and Accessories in Canada 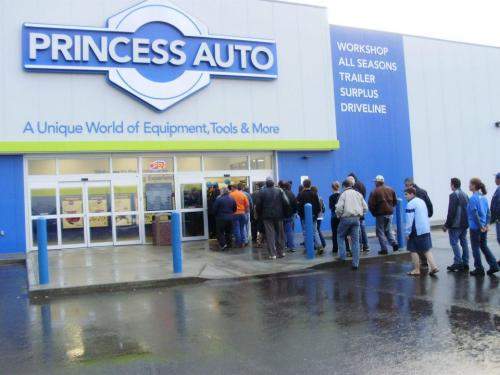 Princess Auto Manufacturing (PAM) builds hydraulic cylinders and assembles items such as air compressors, chemical sprayers and log splitters that are distributed and sold through its retail locations. The Manufacturing Division also makes products for customers in the Original Equipment Marketplace (OEM), including the Canadian military and Zamboni.

There are several items that are produced specifically for or sold only by Princess Auto. Princess Auto signature line of hand tools and hobby tools are sold under the brand name Power Fist. Power Fist tools are manufactured in developing nations such as China, and were originally not built under a very stringent quality control program like higher quality tools were, contributing to their low cost. Recent developments in the Power Fist Tool line have resulted in quality control and higher product standards. The company has undertaken a shift in product focus and is now offering national brand names such as Hitachi, DeWalt, Milwaukee and Bosch to complement the Power Fist product line. Shur-Lift is the brand name used by Princess Auto Manufacturing for its line of hydraulic cylinders. Princess Auto is the sole Canadian dealer for BLB Hydraulic products, a hydraulic valve and accessory company based in Italy.

Princess Auto operates on a ustomer is always right principle, indicated in their oyal Service Promise that o Sale is Final Until Youe Satisfied.

In 1942, a Winnipeg truck driver reluctantly sold his 3 ton truck. He wandered into an auto wrecking shop on Princess Street and was told he could buy the business for the price of his truck.

The truck driver became the owner of a business, and that was how Mr. Harvey Tallman bought Princess Auto Wrecking. Soon, employees were hired; they stripped parts off cars and sold these parts to local garages. This is the origin of the company name. These days, Princess Auto has little to do with automotive parts. 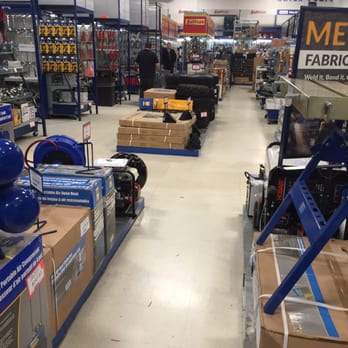 When Japan had settled down to become a friendly, industrial country, a nation ready and willing to sell its products, Princess Auto saw another opportunity, purchasing goods in Japan and marketing these goods in Canada.

By far the greatest number of items purchased came from the USA. Many buying trips into the United States led to thousands of items now for sale at Princess Auto. All of these were listed in a catalogue. These catalogues were sent to every province in Canada.

Harvey Tallman retired in 1976. His sons, Larry and Bob, began a new period of expansion. This expansion started with the first retail store opened in 1977 in Edmonton, Alberta.

In 1979, the demand for Princess Auto manufactured products had grown so much a new factory was built next to the Home Office in Winnipeg. The factory continues to be an integral part of operations. 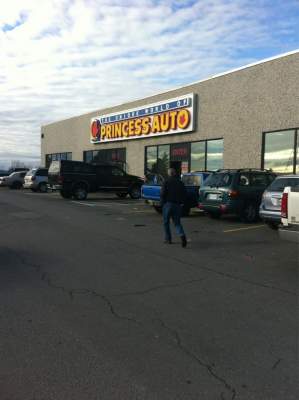 When Larry Tallman retired in 1989, Bob Tallman took over as president of the company.

In 2005, Bob Tallman became the sole owner of Princess Auto Ltd. by purchasing all the shares in the company from his siblings.

In 2007, Bob Tallman announced that he would be stepping down as CEO of the company, remaining as Chairman and full owner of the company. Chief Financial Officer Harold Romanychyn and President Moe Claude were appointed as the new o-CEOs of Princess Auto.

In 2008, Co-CEO and President Moe Claude left the company and Bob Tallman again became CEO of the company, sharing the role with Harold Romanychyn. Romanychyn acts as financial officer and Tallman focuses on marketing and communications.

1989 Portage Avenue and a new store on Panet Road in Winnipeg, MB

2003 Coquitlam, BC and Prince George, BC

2008 Home office was expanded into the previous Panet Road store building, and will include a Museum

2009 - Sudbury, ON and a renovated store in Mississauga, ON

* The existing Panet Road store was relocated to a 40,000-square-foot (3,700m2) building next door to the Home office in Winnipeg.