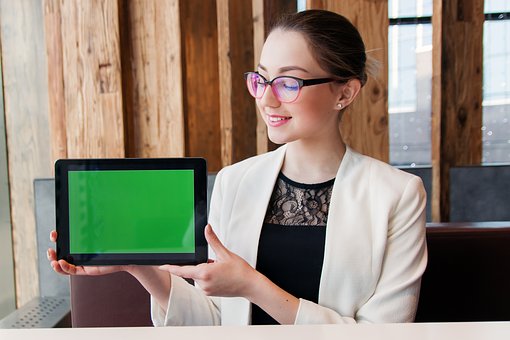 Anyone visiting the Classic Mayan ruins of Tikal will be impressed

. Rising out of the dense jungle, the looming temples demonstrate the might of the ancient Mayans and demand respect from visitors, even thousands of years after their construction. If you're looking for alternative ways to be introduced to Tikal beyond a standard visit, you could try any of the following suggestions.

From A Galaxy Far, Far Away

Tikal was featured in the first Star Wars movie in 1977. If you keep a careful eye on things, you'll see a spaceship landing on the rebel planet of Yavin IV in dense jungle with impressive ancient towers rising out of the tree canopy that look a lot like...Tikal. To get the same view on the site, climb up to the top of Temple IV and look out over Temples I and II.

As a bird watcher

Tikal has an incredible array of bird-life, and even if you aren't a budding ornithologist you'll be impressed by the 410 species of bird that have been found on the site. Humans aren't the only tourists, with the North American Songbird paying a visit to Tikal to escape the cold winter months back at home. If birds aren't your thing, you could always stay alert for the wide range of other fauna, including howler monkeys, toucans, spider monkeys, falcons, coatis and (if you are very lucky) the occasional jaguar or cougar.

At full moon or at sunrise

If you can manage it, you can visit by 'unofficial' access to the site out of normal hours, either through tour operators or by trying independently. The noises of the jungle at night or the strange calls of the howler monkeys in early morning bring a strange ethereal feel to Tikal and you'll probably have the site to yourself. You certainly wont need to worry about the relentless attacks of mosquitoes that you get during the peak times for the site, and sunburn will not be a concern either. It probably wont be cheap, but you'll see a side of Tikal that few people have been lucky enough to experience.

As a conspiracy theorist

The Winter Solstice is at the end of the Mayan calendar, on December 4th. According to the Ancient Maya, their calendar finishes in the year 2012. At Mayan New Year, crowds of foreign and Guatemalan believers in Mayan religion and legend flood the steep steps and lofty platforms of Temple VI to welcome the new year in their colourful robes, counting down each year to what many people interpret as the end of the world. If you believe it or not, it's certainly an impressive spectacle.

In a time machine

Its not the most likely trip you'll ever take, but if you can get your hands on one you'll be able to visit the amazing milestones in the history of Tikal and the Maya. Choose from any point, from the first constructions raised on site in the 4th Century BC through the classic period between 200 and 900AD when the site flourished to its abandonment in the 10th Century AD, probably due to overpopulation and agrarian failure. It would certainly be an impressive time to show up, as Tikal was so important in the Classic Mayan Civilization that the collapse of the Mayan Empire shortly followed. The next stop could be the 'discovery' of Tikal hundreds of years later, bushwhacking through the jungle with tree-gum collector Abrosio Tut to stumble across the overgrown pyramids. You could pick any incredible historical period; after all, you've got a time machine!

For those unable to move freely through time, you can still get a sense of the rich history of Tikal through the guided tours that run all year round. As excavations have been conducted on the site since 1956, you'll have plenty of information on hand.

However you decide to discover this ancient jewel of the Mayan civilization, don't make it a missed opportunity. Guatemala is a country full of historical treasures and breath-taking landscapes that, incredibly, has managed to avoid mass tourism.

Gary Sargent is the Managing Director of the tour companies Escaped to Peru and Escaped to Latin America and has lived in South America for over 10 years. Gary is passionate about life here, the people, customs and places. To learn more or to book your next adventure please visit http://www.escapedtoperu.com Spend Your Fashion Dollars Wisely – Create a Signature Style Acupuncture and Weight Losing The Fashion for Glow Stick Bracelets and Jewellery by:James Cameron Dreaming Of That Chicago Trip? Take Advantage Of These Hints On Ways To Score Nab Chicago Weekend Ge Neighborhood Safety with Home Security in Texas How To Get My Ex Girlfriend In Four Easy Steps Top Things You Must Know About Investing In Gold Coins North East India Tour for Memorable Holiday Experience by:Mohd Zaheerul Hasan Buy Online Stylish T-shirts For Men Wonderful Tuxedos Online Prosolution Gel Review The Razor Scooter A2 in Purple - Fun for Both Kids and Teens How To Choose The Right Attorney In Las Vegas
Write post print Bupa HealthPlus Insurance