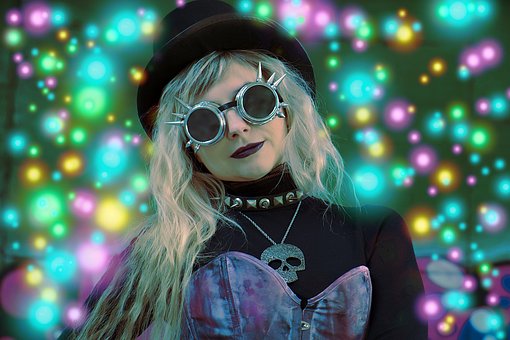 peak in the 1980s as a formidable rebel movement, waging a brutal war with the Peruvian state. Its leader was Abimael Guzman, who formed the movement in the 1970s and was inspired by Mao's Cultural Revolution in China.

When the Shining Path movement first launched itself in 1980, it burned the ballot boxes the night before the first democratic election in twelve years. Its goal was to replace the existing democracy in Peru which it considered bourgeois with its own "New Democracy". The Shining Path would arrive at pure communism by instituting a dictatorship of the proletariat and bringing on a cultural revolution followed by a world revolution. The means to this goal was to kill villagers suspected of agreeing with current government policy. The Shining Path movement believed that it was the leader in promoting communism in the world.

The results of its efforts put large areas of the countryside under its control. It also struck at various areas in the capital city, Lima, consequently concerning many that it would eventually take over the entire country. Nearly 70,000 people died in the rebellion and the war of counter-terrorists it triggered. It was a brutal organization, employing violence against peasants, trade union organizers, and the general civilian population. In 1983, sixty-nine villagers were killed and a van was bombed in Lima that killed about 20 people in July 1992. It is considered a terrorist group by the United States, the European Union and Canada.

The Fall and Re-Emergance of The Movement

Only when the Shining Path leader Abimael Guzman and six other rebel leaders were apprehended in 1992 did the violence subside. Guzman had a speedy trial by a military court behind closed doors and was sentenced to life imprisonment, which was basically a death knell for the movement. However, in 2003, Guzman's sentence was overturned when the constitutional court of Peru reversed the laws against terror enacted under former President Alberto Fujimori. This was then followed by a civilian trial and a few years later by a call from Guzman for a peace deal. The civilian trial ended in 2006 with the calling of a life sentence for Guzman. This action caused the membership of the Shining Path movement to decline. A government amnesty program initiated in 1994 enabled about 6,000 terrorists to surrender. A resurgence of the movement was spearheaded by guerrilla leader Oscar Ramirez Durand in the mid-1990s but was backed up only by a few hundred men and confined strictly to jungle regions in eastern Peru. Ramirez himself was captured in 1999 and also underwent a civilian trial. Some terrorist activity occurred after his capture with a car bomb in Lima in 2002 and a kidnapping in 2003.

The Threat is Removed

In September 2004, police arrested seventeen members, further weakening the movement so that it no longer has the power to destabilize the state of Peru. Apart from fairly harrowing stories from Peruvians that experienced the years during the Shining Path movement, tourists planning a trip to Peru will have no contact with the Movement, and there is nothing to worry about.

Gary Sargent is the Managing Director of the tour companies Escaped to Peru and Escaped to Latin America and has lived in South America for over 10 years. Gary is passionate about life here, the people, customs and places. To learn more or to book your next adventure please visit http://www.escapedtolatinamerica.com Economic and Easy Wedding Decorations How To Buy A Lawn Tractor Weight Loss Success - A Proven Way to Lose Weight and Keep It Off! Three Helpful Techniques For Fast Weight Loss Www.pandorafreeshop.comfaddy Pandora Jewelry Exclusively For Remarkable Woman How To Do Curly Long Hair Styles Cases At Which Payday Loan Lender May Obligate Documents Lose Weight Effectively Divorce Settlements Wirral How To Straighten The Financial Issues Estimate of personal injury lawsuit worth before mediation Experience Royal Rajasthan Holidays The Benefits of Wearing a Sports Bra by:Charlotte Bleasdale The Insurance Field: Its Legislation Issues
Write post print Bupa HealthPlus Insurance