Tracing back, and learning about, the history of your family is a worthwhile thing for anyone to spend some time doing

. There are many ways that this information can be found - local archives, personal records and correspondence all have an essential role as people try to trace their ancestors back as far as they can manage. Another prime source of information are gravestone memorials, which can reveal a lot more than you might think that they would do.

The inscriptions and / or epitaphs on gravestones can be used to fill in parts of the genealogical jigsaw. Since their introduction centuries ago, the tradition has been to record name, age and date of death. Over the years, and particularly during the Victorian era, this developed into the addition of other information, such as family links ("brother of", "wife of" etc.) and occupations.

The length of the gravestone epitaph itself can give clues about the person buried there. Inscriptions are charged for by the lettering so, in general, a lengthy text suggests a family financially better off. However, shorter epitaphs are not necessarily an indication of a poor person. There may just have been a preference for simplicity, or the deceased might even have been responsible for some family misdemeanor.

Gravestone inscriptions, particularly the much older ones, are not always limited to words. The skull and crossbones, for example, was popular on grave markers in the 1600s, being used as the ancient symbol for death. In the following century, the crossbones were beginning to make way for wings, introducing the idea of an afterlife. Over time, the emphasis shifted away from death and more positively onto life, with angels replacing skulls. 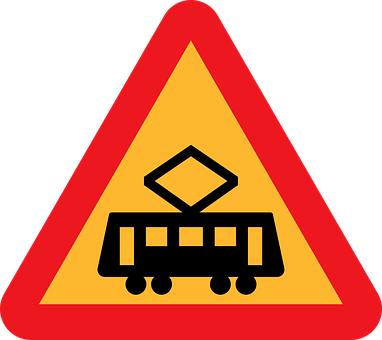 Headstones inscribed with urns, broken columns or inverted torches all indicate a life that ended too soon, whilst a sickle or sheaf of wheat represents the soul being reaped. An hourglass bearing wings suggests the fleeting passage of time. The Victorians in particular were very fond of symbolism. They particularly liked the weeping willow tree, which was used to suggest that, just like a tree, man must reach for heaven.

Gravestones from the past 50 years or so tend to bear less information and clues, as there has been a preference for smaller versions. Creative epitaphs are gradually becoming a thing of the past and today's inscriptions are more to the point. Beyond the name, age and dates of birth and death they are often restricted simply to "devoted wife and mother" or "now at rest", denying the keen genealogist further important clues for their search.

Still, this need not be a big problem, and should by no means cut short your family history research, as record keeping over the past 50 years has become much more comprehensive, and so what has been lost on gravestones has been compensated for elsewhere.

by: Mark Walters RegCure X64 Bit - You Won't Believe it ! Things to See & Do in Hyderabad Free Proofreading Programs ? - It'll Shock You ! Proofreading & Comma - Have You Tried This ? At&t Center Tickets - Ring In Some Cattle At The Rodeo! Owl City Tickets - Hello, Nobody, You're A Billboard Star Used Auto Parts Locator Service Chiropractor In Minneapolis Mn | How Can Injuries Be Avoided? Some People Can't Be Treated By Liposuction Atkins Diet: You're Dieting Options Monthly Car Rental - Why People Like Monthly Car Rental Some Of Today's Garage Door Prices Revising & Editing Practice - Read This Now !