Do German Health Insurance Plans Have Lessons For America? 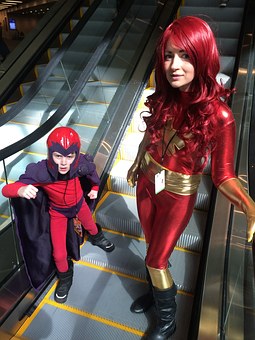 Historically, American health care has been a relatively insular industry

. Insurers, doctors, and politicians alike are loathe to look at international examples as a possible model. Instead, they focus solely on the negative aspects of Canadian, British, and other systems of socialized health care. The main exception has been the idealization of communist Cuba's program by people such as Sean Penn and Michael Moore, which even Fidel Castro himself now admits does not work.

However, there is nevertheless some inspiration we can take from foreign health care systems. Granted, it would require its own unique American spin. Still, a group from the University of Minnesota is traveling to Germany to test that hypothesis. Germans are best known for having a hybrid system. Unlike many other western European nations, private health plans still exist in Germany.

Most Germans have universal health care by statute. The government-provided coverage (similar to the "public option" touted--and rejected--during the most recent healthcare reform debate in America) provides basic health services. This has been true ever since 1883, when the Health Insurance Bill that was part of the social legislation of former chancellor Otto von Bismarck. Depending on their income levels, individuals pay sliding premiums and co-payments.

Others in Germany, who desire more generous coverage, purchase private health insurance plans. These are similar to the Blue Cross Blue Shield plans in the United States, meaning that they are nonprofits. This group makes up about one-fourth of the insured population. Employers and employees share the cost of that coverage, which is above and beyond the mandatory insurance.

Germany still has problems with rising costs, although health care expenses are still a lower percentage of their GDP than they are in the United States. It remains to be seen if the group of 16 health care experts (including an insurance company CEO, the state insurance commissioner, and several state senators) will take anything from their experience in Berlin later this month. Some speculate that the German system can be likened to the health insurance exchange markets states must launch as a result of healthcare reform.

Do German Health Insurance Plans Have Lessons For America?

By: Yamileth Medina Water Treatment Devices Serve As Health Insurance For You And Your Family Bed Duvet Covers For Kids Iron Man 2 Costumes – Shopping To Find The Best Halloween Costumes For Fathers, Mums And Children A comparison between temporary and permanent health insurance plans Divorcing Fit Fathers from Their Children Is a Recent and Unconstitutional Process Fathers&#039; Rights and Child Custody--Know the People Who Matter Burial Insurance Questions And Answers For Concerned Families Dress Up Your Kids in Style and Save More with Please Mum Coupon Codes Assisting Your Child Discover to Read Cover Girls: How The Media Influences Teen Self-image Disability Insurance Atlanta Georgia - A Wise Investment For You And Your Family California Health Insurance Is Reasonable Adult Communities for the Best Elder Care
Write post print Bupa HealthPlus Insurance