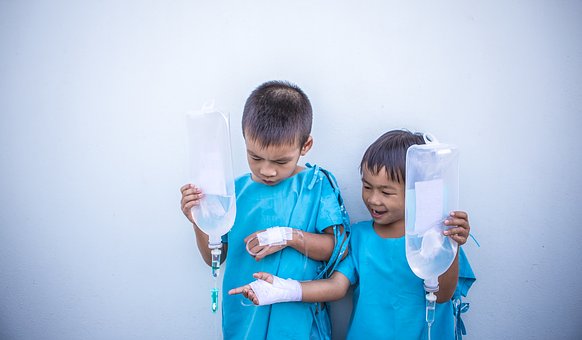 . This is untrue. It's part of the propaganda to convince unwary fathers that their responsibility is to keep quiet and pay the mother money for supporting his child. Here are the facts.Today, family court judges make orders that take away physical and legal custody of children from fit father who have not done any harm so he can't directly care and parent his own children. That fathers are targeted to be denied their children is an overwhelming fact.Judges may use the excuse of 'best interest of the child' to do this. It's unjustified by constitutional law since that law says that the 'best interest of a child' resides in a fit parent and is outside of state interference. It's only applicable when there's no fit parent - not two of them.Equal rights would imply that both divorced fit parents would be guaranteed parental rights over the child for 50% of the time each.A judge demands a father to pay a fourth, third or more of his gross income for what the court calls 'child support' at the point of a gun. He's thrown in jail if he doesn't pay all. The court can also take away his state license to work, to drive his car, and take away his passport.The gross extortion of a father's income for child support is a lie because these payments neither have to be used for the support of a child, and they're often far above the necessities of living for the child.At the founding of our country, family courts were run under 'common law'. Common law followed laws that dealt with right and wrong. In a court action, harm had to be shown as made by the defendant and required clear and convincing evidence to prove it generally with a jury.Equity determinations were invoked where no law specifically dealt with the issue at hand. The judge could decide what seemed to him to be 'fair'. Helping out were the 'maxims of law'. Such maxims included 'no man should profit from his wrong', 'a judge shouldn't profit from his determinations', 'no one is punished unless for some wrong act or fault' to name a few.All areas of family courts had full and complete remedy under common law. No arbitrary decisions were allowed. Divorce represented a contract broken by one of the parties. Harm had to be clearly proved and fundamental rights for all were protected under due process.If a fit father was given custody of his children, this was a benefit - a fundamental right. But it required his responsibility to support them since 'the obligation goes with the benefit received' - a maxim.The ordering of child support was rare and required a jury trial to prove parental abandonment. And, then, it was limited only to the necessities.Later, toward the end of the 19th century, some 'equity' determinations start to appear in family courts under mistaken judicial interpretations of law. Working conditions for men at the beginning of the 20th century often left the children with the mother under divorce - a rare occurrence.The mid 20th century saw a growing intrusion of state socialism and intrusion into family life and growing divorce. Rather than correct and support fundamental rights for both parents, both the welfare and divorce industry sought to control benefits to mothers and children.When government began implementing women's programs, feminists sought increased money and influence by propagandizing the victimization of women necessarily resulting from the abusiveness of men - under phony arguments. The welfare and divorce industry sought to validate feminist ideas by forcing fathers out of families and extorting payments from disenfranchised fathers.The divorce and domestic violence industry exploded with money from government and disenfranchised fathers. Upholding constitutional rights and protections of fathers was a clear impediment to their growing power and money. Any thought of equality in divorce for fathers was dismissed. Doing so would undermine the sham of victimhood of mothers and abusive fathers that fostered so much money and the feminist agenda.Over the last 40 years, the state has engineered a money-making and feminist-based power grab at enormous disenfranchisement of fathers. Today's family court violates a father's rights that come under the Bill of Rights and the further amendments. It promulgates his* Loss of the right to a trial by jury (Due Process - Fifth and Fourteenth Amendment)* Loss of parental rights (violation of First Amendment)* Punishment through extortion payments without wrongdoing (violation of Eighth Amendment),* Made to pay child support without the right to question that the money is going for necessities (Due Process - Fifth and Fourteenth Amendment)* Loss of licenses, passport - arbitrary restrictions on personal liberties ,* Negatively impacts his rightful pursuit of happiness - and his chosen employment* Made to work at highest payment level to maximize the child support paid (Thirteenth Amendment -slavery),And, of course, the 'maxims of law' are unknown or ignored. We have a tyranny in place.

By: Shane Flait Fathers&#039; Rights and Child Custody--Know the People Who Matter Burial Insurance Questions And Answers For Concerned Families Dress Up Your Kids in Style and Save More with Please Mum Coupon Codes Assisting Your Child Discover to Read Cover Girls: How The Media Influences Teen Self-image Disability Insurance Atlanta Georgia - A Wise Investment For You And Your Family California Health Insurance Is Reasonable Adult Communities for the Best Elder Care Secret of An American Teenager: Cover Up Dress code Divorcing Fit Fathers From Their Children Is A Recent And Unconstitutional Process Discover How To Have The Most Amazing Sweet Sixteen Masquerade Party! Independent and Privately Buying Family Health Insurance The Value Of Superb Child-Rearing Solutions For Dads
Write post print Bupa HealthPlus Insurance