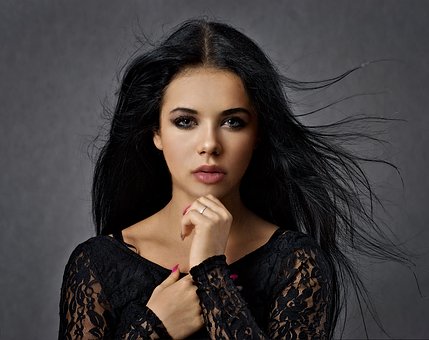 of tourists daily, another equally impressive Inca ruin is lying silently in wait for hoardes of tourists to descend. Choquequirao is a Quecha word for "cradle of gold" and is located on a leveled hilltop 1,750 meters above the Apurimac River, surrounded by the towering snow-capped peaks of Yanama, Ampay, Choquetacarpo, Pumasillo and Panta. It consists of ruins of buildings and terraces from the ancient Inca civilization. It is over 4,000 acres in size and 30 to 40 percent of it is excavated. It can only be reached by foot and is a two-day hike from the trailhead, several hours by bus from Cusco.

Discovery of the site

Juan Arias Diaz first visited Choquequirao in 1710 but its existence was not revealed to the world until 1768 by Cosme Bueno. The revelation of Choquequirao was ignored at the time and then rediscovered in 1834 by Eugene de Santiges. The site was mapped for the first time in 1837 by Leonce Agrand but his maps were also ignored. It was not until 1909 when Hiram Bingham, the discoverer of Machu Picchu, sought out Choquequirao that the site got the attention of the world. The 1970s saw the first excavations of the site.

An overview of the site

The site consists of a central square around which are some administrative buildings, a temple and the living quarters of aristocrats. A small village surrounds the central square where the living quarters of the lower classes are grouped together. Water channels, aqueducts and water springs also fill the site. Most of the buildings have been well preserved and restored with care and the careful restoration of the site is an ongoing process.

Construction of the site began during the reign of the Inca king Pachacuti Inca Yupanqui, and he transformed the site into the empire Tawantinsuyu, or the Inca Empire. When Cusco was under siege in 1535, the site was the last fortress of refuge and resistance of the Sons of the Sun who fled Cusco. They decided to take refuge in Choquequirao, led by Manco Inca Yupanqui.

Choquequirao was most likely one of the entrance check points to the Vilcabamba region and served political, social and economic functions as an important administrative hub. Its urban design is very much like the layout of an imperial capital, with ceremonial buildings dedicated to the sun, water, earth and other divinities, small houses for artisans and larger and grander ones for administrators, and large buildings and warehouses with farming terraces for the local people. The ceremonial area, which is 700 meters in size, is 65 meters below the elevated area of the main square. Not only was it used as an entrance check point to the Vilcabamba area, but also as a religious and cultural center. That the ruins have many double jamb niches doorways demonstrates that the region was held in high status. It also served as an important link between the city of Cusco and the Amazon region.

Because of the remoteness and inaccessibility of the site relatively few visitors had been to it until recent years when COPESCO built a bridge for foot traffic across the Apurimac River, which is below Choquequirao. It remains rarely visited in comparison to the thousands of people a month that visit Machu Picchu, although with new regulations designed for the Inca Trail, Choquequirao is becoming a great alternative for the serious hiker. Ensure that Choquequirao is on your list of places to visit on your next trip to Peru so that you get there ahead of the crowds!

Gary Sargent is the Managing Director of the tour companies Escaped to Peru and has lived in South America since 1998. Gary is passionate about Peruvian life, people, customs and places. Visit Gary's website for more Peru travel advice or to book your next Peru vacation at http://www.escapedtoperu.com/ Improving the Chances to Succeed in the Online World with SEO Join Spoken English Course Online To Improve Your English Shamanism Course Offered Online Through The Ulc Seminary Earn money at home as a marketing consultant - quickly, cheaply and with almost no Hassle Online Payday Loans – Apply Online Get Online How To Manage Bone Cancer Pain? What Is the Purpose of Readymade Web Design Templates? Instant Online Paycheck Buying Wholesale World Cup Jerseys Online Oral Cancer Screening In Fort Lauderdale: Prevention Better Than Cure! What&#039;s Fashionable in Men&#039;s Jackets this Autumn Wholesaledeals.co.uk Scam-heres The Whole Truth If You Buy Tray Cable Learn Why The Cost Of Copper Matters So Much
Write post print Bupa HealthPlus Insurance