Be Your Own Doctor 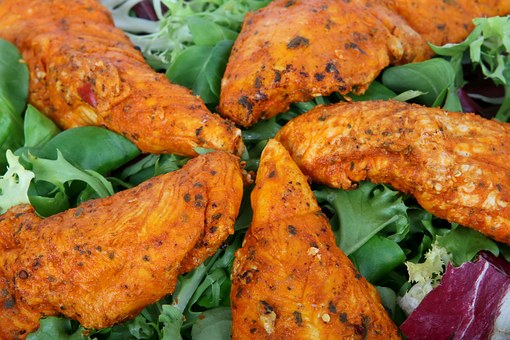 Share:    Be your own doctor. What I mean when I say this is that you need to take care of your own body. Much like everything else in life, if you want something done right, you need to do it yourself. I'm not talking about treating your own ailments by guessing which over-the-counter drugs to buy at the pharmacy. I am saying that if anyone knows your body, it's you. Take preventative care of your body so you do not need to place yourself in the hands of a doctor, at least not on a regular basis. Don't get me wrong, I do hold a high respect for medical professionals and many doctors have saved the lives of people who would never have survived otherwise. The main goal is to stay healthy and stay away from prescriptions by using all of your natural resources like food, exercise and supplements before you opt to take a prescription. Sometimes the simplest measures are the best way to go.

There was a time when I would have migraine headaches at least twice per month. I could tell when they were coming on because my neck muscles would become very tight and the back of my head would start to ache. I tried to stick out the pain many times by just laying down in a dark room completely motionless, bored and sick. I would vomit when the pain became intolerable or when I tried to apply ice in hopes to reduce the pressure. I moved onto Excedrin Migraine which worked for a while. I eventually must have become immune to its effects after a while because it stopped working. I would sometimes luck out if I took it right when I first noticed the symptoms of the migraine coming on. I noticed after a while that I was starting to take two doses of Excedrin and this was more effective. This is the way it works. You get sick, you take medicine. The medicine eventually does not have the same effect so you take more, then you try something else.

I decided that rather than trying something else or taking a dangerous dose of headache medicine, this might be a good time to visit my doctor. After an hour and a half of flipping through germ-infested magazines, I entered the doctor's office to wait yet another 20 minutes. The doctor came in and gave me a few questionnaires to fill out, left for another five or ten minutes, came back in and read them and asked a few questions. She sent me for an X-Ray like she does for everything (Sprained ankle, chest cough, etc.). She said that it looked as if I have damaged my spine and that there is a slight curvature at the top of the spine leaning toward my head. She said that the my muscles were working over-time to compensate for the curvature and that they were ripping and tugging from behind my shoulders and all the way up my neck. This made sense to me.

She wrote me a prescription to receive physical therapy. I was was given two samples of medication to take until I had my prescription filled for Imitrex and a muscle relaxer. Muscle relaxers did not sound very tempting. I do not like to be out of control of my body and, having a child, I wanted to be able to operate a vehicle at any time. I skipped the relaxers and dumped them in the trash but chose to keep the Imitrex for the next time I had a migraine. 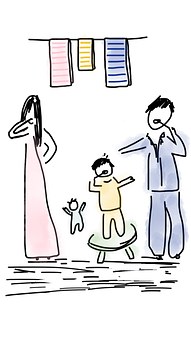 Sure enough, the time came and as always it was a bad timing. We had friends over for dinner and I could feel the pain coming on as I was cooking and was very hesitant about trying a new medication right then but I didn't want to spoil the night. I took the Imitrex. It was just a matter of minutes before I got a charlie horse in either my arm or my ankle. I forget exactly where it happened but it spread from there- charlie horse after charlie horse and I noticed that it was moving from my extremities inward which made me feel like it could eventually get to my heart. We had to ditch the friends and zoom to the hospital. The person checking me in wanted me to wait and fill out paperwork while my body was undergoing multiple wrenching muscle spasms. I told her no and that I needed to see a doctor. She pulled me to the side and took my blood pressure and temperature and told me that I was having an anxiety attack.

I explained to her that I've had anxiety plenty of times and that I knew this is not what I was experiencing. When she looked at me like I had ten heads, I went a little further and became even more frustrated and let her know that I have a Bachelor's Degree in Psychology and it may not be much these days but it's enough to know what an anxiety attack is.

Sure enough, I took off to the bathroom and I apologize for the description, but I was projectile vomiting. It was like Linda Blair in The Exorcist. They thought it might be a good time to send me in to lay down and wait for the doctor. The doctor came in less than five minutes and I complained to the to him about the person at the front desk and he apologized. He determined that I had a bad reaction to the medication and that I was very dehydrated. I was given an IV of fluids which I assumed would make no difference after everything I've tried to make the pain go away. Guess what? It worked.

I was given an X-ray, prescribed pain-killers and this horrific medication and was spending around 60.00 a week on physical therapy because I was constantly dehydrating myself. You're probably thinking that I was not being responsible for my health and drinking fluids. The truth is I was drinking coffee all day and some water in between. I should have been drinking more water, but there was also another factor contributing to the dehydration. Every time I ate food that was fried in oil, contained tomato puree, contained dairy, basically anything other than starches, I would have an upset stomach. I would in turn have to take Imodium AD just to get through the work day. The medicine and the bathroom trips were constantly dehydrating me. A combination of having nothing in my stomach, constantly losing water and drinking coffee were all contributing to migraines. At this point I was afraid to take another prescription so I would stick out the pain and get sick every time I had a migraine. I would miss work days here and there and the boss was starting to wonder if I had a somatoform disorder instead!

A few years went by and the stomach issues got a little better with time but the migraines remained. I made the switch to organic food and decided to drink twice as much water than coffee and both the stomach problems and the migraines started to get better. I was still afraid to consume dairy so I went without for some time until I realized that I could drink raw organic milk from our local farm and it would actually soothe my stomach. I started to feel normal again and was medication-free. Even though it was relaxing, I ditched physical therapy because I assumed I could exercise on my own. The therapists were using an ultrasound device on my back to get the toxins out of my muscles. Organic food gets the toxins out of your whole body, so this was the better choice. Besides, in a few years we'll hear that the ultrasound machines they use cause cancer. 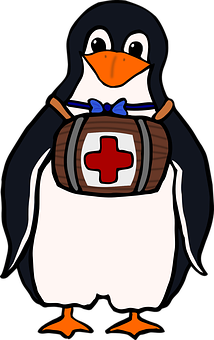 My point is, if I knew that eating organic food would allow me to eat without running to the bathroom and that I needed to drink even more water than I already was due to the amount of caffeine I was consuming, I would never have had to waste time, money and frustration between the ER, physical therapy and the dreaded doctor's office. I have been considering a natural homeopathic doctor but there is one major problem with this. There is no insurance for those who choose to become healthy and stay healthy by opting for natural remedies. It would be bad for business. After all, if they get you hooked on pain killers, you'll be a paying customer. Once the "medicine" causes other problems, you'll need some medicine for that. Drug companies love this and doctors are basically salespeople for every new drug that is released on the market. My doctor wanted to prescribe something for my husband's high blood pressure and kept asking him over and over if he was a heavy drinker or if he did cocaine! Are you kidding me, cocaine?! My husband was insulted and the doctor unconvinced. She sent him to the lab for blood tests to measure his liver function which came out normal. She gave him a prescription for his high blood pressure which also ended up making him sick. He made another appointment and she tested his liver function again and the results were not as favorable so she took him off the medication. He was treated like a guinea pig and prepped for unfavorable liver test results because in actuality the medicine probably destroys your liver little by little.

The government needs to change the way the whole health care system works. It's a free for all of salespeople trying to push their products and as if doctors weren't doing enough to get people on drugs, they now offer them straight to the people through TV commercials. If you notice, there seem to be more pills for depression on TV than anything else. Could this be because a depressed person might be more suggestible to such a commercial? Come on guys, wake up. Take care of yourself before someone else has to do it and you end up in a downward spiral of poor health. Eat organic, exercise, drink water, learn more about nutrition and the very simple things that you can do, not only to take preventative care of your body, but also to help cure yourself of many ailments. Kevin Trudeau was the person who got us started on an organic lifestyle then we were completely inspired after reading Jordan Rubin's book Patient Heal Thyself.