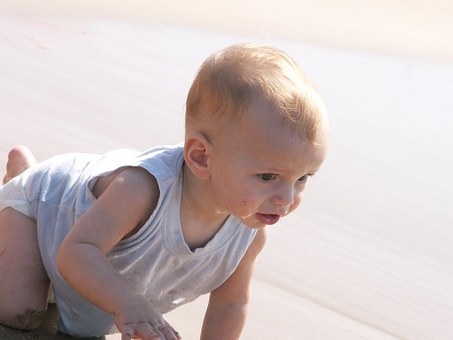 Fathers walk into family courts - generally hauled in under a wife's complaint for divorce - and can't believe the injustice they face. These courts deny them their children and other rights at the whim of the judge. The fathers' reaction is justified because we all have an innate understanding of what's right and what's wrong. And we all understand that we have fundamental rights that governments should uphold. This article gives proof of their parental rights and evidence of family court corruption.The rights we expect are 'unalienable rights'. It was these rights that the U.S. was formed to secure according to America's Declaration of Independence: "the unalienable right to life, liberty and the pursuit of happiness". Included in such rights are your property and your parental rights as explained in the U.S. Constitution's Bill of Rights and further amendments and U.S Supreme Court case law. Most important among those rights is the protection of those rights against unjust denials of them by government or anyone else. To protect those rights, our judicial system is supposed to require a fair process before any fundamental right is denied or even limited. The Supreme Court long ago settled the detailed and fair legal process required - or 'due' - when fundamental right of a litigant is at stake. It's the 'due process clause' and maps out the substantive due process necessary. But never is a right to be denied or limited unless a substantial wrong has been proven with clear and convincing evidence against the person to be denied.It's in court where the rubber meets the road; i.e. it's through the legal process that you find out what rights you really have as opposed to what you think you have - or should have. Fathers are finding out that they're being denied constitutional protection of their fundamental rights.

1. Your parental rights and other rights a father has:Your right to life, liberty and happiness may seem somewhat vague, but the founding fathers and later Supreme Court case law has tried to enumerate what fundamental (i.e. unalienable) rights it implies. The right to property and your possessions was one and the right to a trial by jury was considered an essential right to help protect you from unjust laws, judicial processes, and judicial corruption.Beyond those, you have the right to parent your children. That means you have the right to the care, custody, maintenance, and companionship of your child(ren) since this is recognized as one of the most fulfilling aspects to a purposeful and satisfying life. Since your children are your most precious possession, the state can only alter a parental right of he's 'unfit' - and proven so by clear and convincing evidence. In the 1978 case of Quillon v Walcott, the Supreme Court ruled: "If a state were to attempt to force the breakup of a natural family, over the objection of the parents and their children, without some showing of unfitness and for the sole reason that to do so was thought to be in the children's best interest," the Due Process Clause would clearly be violated.Further, in Parham v. J.R. et al 442 U.S. 584 (1979), the Supreme Court declared the 'best interest of the child' resides in the fit parent - not in the state: "Our constitutional system long ago rejected any notion that a child is a "the mere creature of the State". In 2000, the United States Supreme Court ruled in Troxel v. Granville 530 U.S. 2000: "{S}o long as a parent adequately cares for his or her children (i.e. is fit), there will normally be no reason for the State to inject itself into the private realm of the family to further question the ability of that parent to make the best decisions concerning the rearing of that parent's children."So, according to this Supreme Court case law, if you're not proven unfit, then the state cannot interfere with your right to parent your child. The best interest of the child resides in you - as fit parent. In fact the 'best interest of the child' can only be used where there is not fit parent present. The 'equal protection clause' of the 14th Amendment, requires that one fit parent must necessarily retain all of his fundamental rights to the extent that the other does. The minimum limitation of these rights must be 50% of time with each child. Doing otherwise would not only deny the fundamental right of parenting but abridging the equal protection clause too.2. Other fundamental rights you have include:* the right to follow any choice of lawful occupation without the state's interference.* the right to not have your private lives invaded by the state if you have not committed a crime.* Not being jailed for not paying a debt incurred by you through your agreement, nor imposed on you by a state - if you can't pay it.* Not being jailed or restricted in where you can go without justifiable cause. 3. Injustice in the courts todayThe founding fathers recognized that the weakest link in the preservation our unalienable rights was the judiciary. Its corruptibility would easily undermine the rights of persons or groups of persons while hiding behind its singular authority and only option for a person seeking justice under unjust accusations and claims.'Fathers rights groups' recognize that our courts are now corrupted. No longer are their rights protected. Now is the time to join the revolution to bring back liberty and justice for all. A Comparison Of The 2 Drugs Used For The Treatment Of Pain Anxiety In Children - When Should a Mum or dad Begin To Fear? Best Holiday Insurance Plans On Your Way To Family Tour Caring Home Options - Questions You Need To Ask To Find A Nursing Or Residential Home Discover Extra Special Collection Wall Art For Kids Think your family doesn&#039;t need health insurance? Think again! The Elder Care Centers Are The Product Of Noble Thought Elder Care Visiting A Physician 3 Year Old Child Reads -Discover How To Teach Your Child To Read Considering Elder Care Options? The Need for Companionship is an Important Factor Personal Injury Lawyer: Talking To Your Doctor Treatment For Personality Problems Planning Long Term Elder Care
Write post print Bupa HealthPlus Insurance