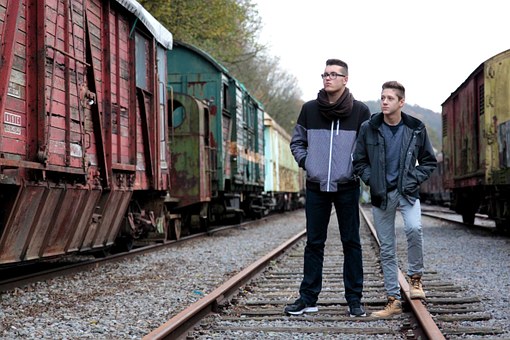 There are a number of perceptions on children. The question is: are these views responsible or not? I was reminded by a good Jesuit mentor before that the word "responsible" is basically made up of two words: able and response. In other words, it is having the ability or capability to respond or answer in a given situation, and in this case, to respond as a parent who has a child or children.

On an existential level, the initial response of the mother bearing a child would be to acknowledge that indeed there is a child in her womb. Normally the response should be a positive one lest there be some bad responsibility, since the child is with her and as a mother she rightfully bears it. This fact alone is perhaps what makes mothers the most special beings because without them I wonder how life will be propagated.

When the Angel Gabriel announced to Mary that she was full of grace it was by virtue of the Son of God Jesus Christ as being with her through the Holy Spirit. With temerity however, we can also say that all pregnant mothers are grace-filled because the life that every mother bears is truly a grace from God.

Moreover, children according to the encyclical are "the supreme gift of marriage and contribute very substantially to the welfare of their parents." By supreme we mean the highest gift since the married couples are bringing in the gift of life itself to the world.

As regard contributing substantially to the welfare of parents, I have yet to hear of parents who deeply and painfully regretted bearing their beloved children no matter how dire their circumstances are (Mary gave birth in a manger which by the UN's standard is probably marginalized); but it is not uncommon for us to hear of mothers who deeply and painfully regretted the evil of aborting their child.

Unfortunately, the new life in the womb, the grace that comes from God Himself has been regarded as a threat for reasons that are too diabolically deep to comprehend. For who can be against life and grace than the devil himself? And who strikes fear in our hearts other than the evil one?

To further complicate matters, in our present contemporary society, the existence of evil and much least the devil has been dismissed as pass, outmoded, and antiquated. There are even Catholics who do not believe in the existence of spiritual beings like devils and angels and as a result are not guided in whatever actions they may do, thinking that there are no right or wrong acts, no objective moral norms.

On a human level many speak of consciences per se, and inordinately use "conscience" as the basis for doing an abortion but are unaware that there is such a thing as a wrong and right conscience influenced by the angels and devils respectively.

Even the word pro "choice" has been denigrated nowadays as being against "life".

But being pro -"choice" per se is a misnomer since there is the right and the wrong choice, again influenced by spiritual beings. And with boldness we can say again that, bearing a good conscience that results in doing the right choice can be achieved spiritually through prayer and the guiding principles of Holy Mother Church as espoused in its teachings like the Humane Vitae.

In fact, the encyclical even tells us that part of being responsible parents: "implies a more profound relationship to the objective moral order established by God, of which a right conscience is the interpreter."