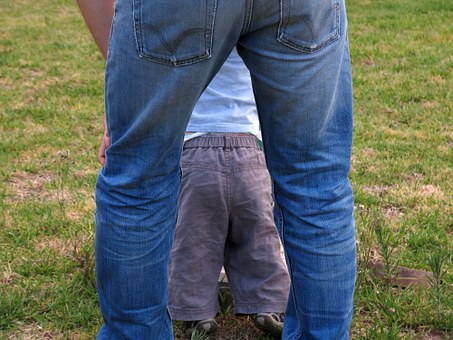 A growing number of Britons are using savings accounts for their children, an expert has said.

An increasing number of parents have not been put off putting away cash for their children by the abolition of the child trust fund (CTF), an expert has suggested.

The government decided to remove the CTF soon after coming to office following the general election last May, but this has not deterred many adults from using other savings accounts - such as fixed rate bonds or ISAs - to provide their youngsters with a strong financial platform for the future.

That is according to Simon Hartshorn, managing director at Family Investments, who has said that the CTF has played a role in altering the attitudes of many Britons, insofar as the scheme made more people realise the importance of storing money for the future.

"Arguably, there's never been more people saving [for their children's future] then there are now," he noted.

Nevertheless, the Family Investments official added that parents may run into monetary difficulties in the coming months due to the fact they may find themselves in limbo ahead of the Conservative-Liberal Democrat alliance's decision on what will replace CTFs.

"There has been talk of a junior Isa product which will be backdates to those children who were born after January. The challenge at the moment for parents is not really knowing where to put their money if they want to do something with it now," Mr Hartshorn said.

These comments came after the publication of research by My Voucher Codes last week (March 15th 2011), which found that some 64 per cent of parents under the age of ten have not set any money at all aside for them in a savings account.

More than half - 51 per cent - admitted this was because they could not afford to do so in the present economic climate.

Meanwhile, employees have been advised to start thinking about finances around a decade before they retire.

Older people have been advised to consider what they are planning to do in retirement before beginning to store money in savings accounts such as ISAs.

Sarah Pennells, editor of online resource Savvy Woman, suggested there is no set amount of cash that everyone should try to put away in packages like fixed rate bonds for their later years, as the figure required to be able to live comfortably is entirely dependent on what lifestyle an individual will lead after permanently finishing work.

However, as a general rule of thumb, Ms Pennells indicated that starting to think about the financial implications of retirement around a decade prior to quitting tends to be a good idea.

"The best thing to do is to work out how much you might need when you retire at least ten years before you stop work," she noted.

The expert explained that this timeframe gives individuals enough opportunity to "look at ways of cutting back or making up the difference" should there be a "big gap between what you have and what you'll need".

Research published by AXA Wealth last week (March 30th) revealed that more than 40 per cent of people aged between 16 and 34 who currently invest in a pension plan would like to be able to access their savings early.

In comparison, less than 30 per cent of the so-called babyboomer generation - those between 45 and 54 - indicated the same, which shows how different age groups have contrasting views on how important saving for retirement is.

Meanwhile, Ms Pennells recently said that stashing cash for later life is still not enough of a priority for Britons, as around 33 per cent of those who retire are dependent on a state pension as their primary source of income. Parent Advice- Give Your Children the Best Training Passing Down Stories: A Routine With Your Child That Should Never Be Forgotten Have You Seen the Potential In Your Child&#039;s Physical Talent? Learn How You Can Help Them Improve! Making Hen Ark Plans with Your Kids What Jobs That Are Hiring Teens? Parenting Children: Eight Tips to Helping Your Teen Achieve Success Most modern Style Trends And A Teen - How To Handle Them Great Things To Do To Have Children - 4 Fertility Tips To Know in Order to Quickly Conceive Fast Kids Toys That Are Must Have Nutritional Advantages Of Breastfeeding For You Child Six Simple Tips for Parents of Children with Diabetes The Latest Trends In Kids Toys How Will Your Kids Feel If They Know You Didn&#039;t Know This Much Concerning Dog Training?
Write post print Bupa HealthPlus Insurance