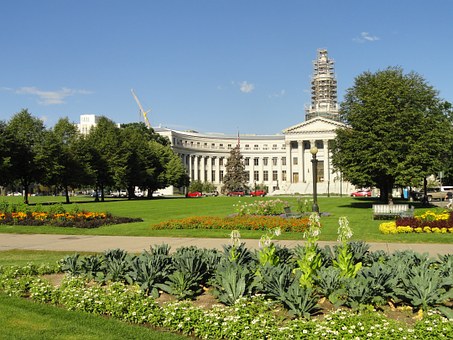 Despite being relatively small, Greece offers numerous places for travelers to visit

. While the islands are the most popular tourist destinations, mainland Greece also has much to offer.

The country's five top destinations include the mainland cities of Athens and Thessaloniki, and the islands of Crete, Rhodes and Corfu.

Its antiquity and influence as the country's capital and largest city make Athens a very rewarding destination. The city has many historical sites, as well as major museums and galleries. Most of these are clustered around the center of the city. Athens also has many sites of natural beauty - parks, hills and mountains - that provide an attractive and restful escape from the sprawling city's, often crowded, streets.

The country's second largest city, Thessaloniki, lies in northeastern Greece. This city has a continuous 3000-year history and well preserved architecture, much of which is included in UNESCO's World Heritage list. Its old town has narrow cobbled streets and historic houses built in a variety of traditional styles. The city's long, attractive seafront promenade offers panoramic views of the bay. Thessaloniki also has a very active nightlife and a wide range of quality restaurants.

The island of Corfu, located just off the West coast of mainland Greece, is a popular destination for holiday makers because of its excellent beaches, rich history and mild Mediterranean climate. It is very green compared to other Greek islands (containing over 2 million olive trees) and boasts a 1000 meter high mountain which offers breathtaking views across to neighboring islands.

Crete, Greece's largest island and the southernmost one in Europe, is bathed in sunlight for much of the year. Its mountain villages, long sandy beaches, rocky bays, quiet coves and big selection of beach bars and nightclubs make it a popular travel and vacation destination, as do its abundance of wildlife, plants and flowers, many of which are unique to the island.

The island of Rhodes lies southeast of the Greek mainland and is just off the Turkish coast. Rhodes is considered to be among Greece's most beautiful islands. Its interior consists of hills and low mountains, while the coast is rocky and dotted with small, historic towns and beautiful beaches. Northern Rhodes is known for its lively beach resorts, while the south is more sedate with traditional villages, extensive medieval architecture and archaeological sites.

There are of course lots of other great places to visit in Greece, but these five really are must see destinations.

by: Mark Walters A Beginner's Guide To Snowboarding Success Can't Find You If You're Not There! Power cut and shivering? - you don't have to be .. How to Use Forex Robots to Profit on Autopilot! South India Tour: Heritage, Culture & Adventure Transporting Goods throughout India Hiring Packers Movers Service Achyuta Raya's Temple Tour Learn About Five Famous People From Russia! Just Who Is "Vitas" Exactly? Play Guitar Better in 2010 – 5 Tips For Taking Your Guitar Playing Beyond The 'Beginner' Stage Instant Re-bidding Strategies For Priceline's Name Your Own Price Under 35's More Likely to Be Off Work during Winter Getting Older Doesn't Have to Mean Weaker Bones Bring Out Your Passion for Cars in Auto Key Chains
Write post print Bupa HealthPlus Insurance