4 Ways To Impress A Peruvian In A Cultural Conversation by:Gary Sargent 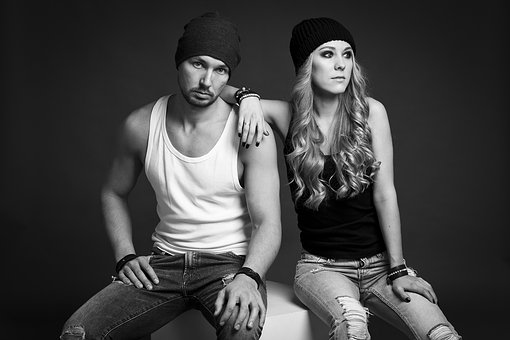 , a Peruvian writer, the arts and culture of Peru are now getting more attention than ever. If you are going for a vacation in Peru, there's never been a better time to impress the locals with your knowledge of Peru's modern culture, so here are 4 of Peru's more well-known photographers, writers and painters to get the conversation flowing.

A famous Peruvian fashion photographer is Mario Testino, who was born in 1954. Testino has done a great variety of photography including fashion narratives for Vogue, Gucci and Vanity Fair as well as celebrity shots of such people as Diana Princess of Wales along with her sons; actresses including Julia Roberts, Meg Ryan, Cameron Diaz and Gwyneth Platrow; models such as Elizabeth Hurley and Kate Moss and performers including Madonna, Lady Gaga and Janet Jackson. Since 1982, Testino has been living in London and frequently photographs the British Royal Family in addition to his work being exhibited at the National Portrait Gallery in London as well as in many galleries and museums around the world. Most recently his work is being shown in London at the Phillips de Pury & Co auction house.

Considered the only major indigenous Latin America photographer of his time, Martn Chambi Jimnez lived from 1891 until 1973. His photographs were prolific and covered the towns and countryside of the Peruvian Andes revealing their social complexity and giving his photographs profound historic and ethnic documentary value. He photographed almost anything from weddings and fiestas to the poverty of the poor along with the public events shared by both. He was a major portrait photographer in Cusco as well as a photographer of many Peruvian landscapes which he sold primarily as postcards, a format he pioneered in Peru. The New York Museum of Modern Art held a retrospective of his work in 1979 and it later traveled to other locations around the world and inspired more international exhibitions of his work.

Born in 1936, Jorge Mario Pedro Vargas Llosa, recent winner of the Nobel Prize for literature, is a Peruvian writer, journalist, essayist and politician. He is one of the leading authors of his generation and one of Latin America's most significant novelists and essayists. He gained international recognition as a writer in the 1960s with his novels such as "The Time of the Hero", "The Green House" and "Conversation in the Cathedral". He not only writes novels but across other literary genres such as journalism and literary criticism. Themes for his novels include comedies, murder mysteries, political thriller and historical novels. Several of his novels have also been made into feature films.

The painter famous for "pin-up" ladies

Famous for his paintings of pin-up girls is Alberto Vargas who lived from 1896 until 1982. He was born in Arequipa, Peru but moved to the United States in 1916, after studying art in Europe before the First World War. Early in his career he worked as an artist for the Ziegfeld Follies as well as many Hollywood studios. His fame as an artist of pin-up girls came during the Second World War when his pictures for Esquire magazine became known as the "Varga Girls". Many World War II aircraft adapted their nose art from those Esquire pin-ups. The "Varga Girls" reappeared in Playboy magazine in the 1960s, leading to a flourishing career with major exhibitions all over the world. Vargas painted mostly with watercolor and airbrush and is considered as one of the finest artists in his genre.

You're ready! Get out there and let your Peruvian hosts know about your appreciation for their culture. Mario Vargas Llosa's Nobel Prize has created a huge amount of national pride, and your knowledge is bound to make you a few foreign friends.

Gary Sargent is the Managing Director of the tour companies Escaped to Peru and has lived in South America since 1998. Gary is passionate about Peruvian life, people, customs and places. Visit Gary's website for more Peru travel advice or to book your next Peru vacation at http://www.escapedtoperu.com/ 4 Ways To Have A More Successful Online Dating E-mail 4 Ways To Control Portion Sizes For Weight Loss 4 Ways To Add Target Markets To Your Online Home Based Business 4 Types Of Women You Should Date 4 Tricks For Making Your Tenant Avoid Late Rental Payment. 4 Tips To Save Money On Insurance In New Jersey 4 Tips To Picking Out The Right Motorbike Insurance Policy 4 Tips To Make A Woman Orgasm Like Never Before 4 Tips To Get Your Ex Girlfriend Back 4 Tips To Buy Books From Online Book Store In India 4 Tips On Business Insurance 4 Tips Men Should Follow In Fashion 4 Tips For You When Investing In Gold Coins
Write post print Bupa HealthPlus Insurance