"Arm Flab": 'How to tone up Flabby Upper Arms' 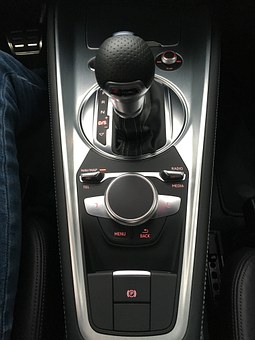 Quite a lot of women over fifty approach me wanting information on 'how to tone up flabby upper arms.' It seems this unsightly side-effect of aging hits females disproportionately hard, causing a lot of self-consciousness when wearing clothing that exposes the upper limits of the upper limbs. "Arm flab" becomes especially prominent in the triceps area, creating what is commonly and not-so-appealingly known as "under-arm flab." By whatever it's referred, the remedy boils down to a solution that's basically two-fold and often missed due to nuances that are unknown by many and adhered to by few.'Toning up Flabby Arms' requires some 'Anabolism'The reasons behind any area of the body that was once firm and taut becoming soft and flabby are two-fold: a loss of muscle and a gain in fat. Muscle atrophies as we age if we don't actively build it. Body fat accumulates with age if we don't adjust eating habits and activity to accommodate a slower metabolism. The combination of these two things, along with slightly looser skin, accounts for what we often refer to as "flabbiness."What's frequently underemphasized as a cause of 'arm flab', or any bodily flab for that matter, is catabolism (tissue breakdown) of the underlying muscle. The muscle has atrophied with age. For this reason, the effect of "toning up" often requires bodybuilding gains; the muscle only appearing "toned" when lost tissue has been regained.Unfortunately, many people (women in particular) mistakenly believe that muscular gains will make them appear "bulky" or masculine. If this were true - if weight training could cause bodybuilders (male and female) to "accidentally" gain too much muscle, you wouldn't see tens of thousands of them risking their long-term health with the use of steroids and other bodybuilding drugs. Believe me - I'm certain that competitive bodybuilders dream that the human body would at least be slightly capable of an inadvertent gain of too much muscle. That would put an end to a lot of risky behavior.This is something you won't hear in many other corners; "toning up" a body part often requires a certain degree of "building" that body part. In other words, technically speaking, there's really no such thing as "toning" a muscle; you either successfully rebuild it or you don't. If you aren't successful in rebuilding it, your flabbiness will return to the area as quickly as it takes for the tight feeling provided by your last exercise session to dissipate. This is why advice containing a regimen of calisthenics (pushups and bodyweight dips) in order to 'tone up flabby upper arms' leaves many adherents with dissatisfying results over the long-run; those exercises don't provide enough 'anabolism' to overcome the insidious onslaught of age-related catabolism.So, 'toning up underarm flab' will usually require building a bit of triceps muscle.'Toning up Flabby Upper Arms' requires some Overall Body-Fat LossAdding some muscle to your triceps and biceps will certainly bring back the shape and hardness to the upper arms. However, half the formula of 'how to tone up flabby upper arms' consists of removing body fat from the area. And a key to removing fat from the upper arm area is in shunning the idea of "spot reduction."Spot reduction is the notion that we can remove a substantial amount of fat from a specific area of the body by working the muscles of that area. However, successful working of the muscle will typically provide half the desired result; a return of youthfully strong and shapely lean body mass. The other half of 'toning up flabby arms' results come from a reduction of fat in the upper arm area so that the shapely muscle will show.Since fat can't very easily be spot reduced, a drop in overall body fat is usually the prescription for losing fat in the upper arms. This reduction in overall body fat levels typically necessitates a simple formula: Daily burning of more calories than are consumed or consuming fewer calories than are burned. Obviously, one of these is just an inverse description of the other. A key point, however, is this: In order to lose one pound of body fat per week, we need to be in about a 500-calorie deficit each day. If we burn a few more daily calories through something like a 'circuit training routine' designed to remove 'arm flab', reduced body fat won't be realized if we simply consume more calories due to an appetite spike. A devotion to better eating habits is usually needed for body fat loss."Flabby Arms": The Bottom LineIf you've tried circuit training in order to 'tone up flabby upper arms' and your results were lackluster, the problem could have been due to one or both of the following reasons:- The high-rep "toning" exercises didn't burn enough calories to remove body fat.- Those same high rep exercises couldn't provide enough anabolism to replace age-related tissue loss.Moreover, what too many exercise "experts" fail to tell you is that resistance training (weights or straps) needs to be 'volume progressive' in order to replace lost muscle tissue. When someone merely provides you with a list of exercises and instructs you to "do them", you can end up engaged in mindless activity if you are unaware of how to make progress. And don't be fooled: Anyone who says "any activity is better than no activity" is either an idiot or thinks you are. Some activities, within any context, are results-neutral or relative to no activity. Wasting time is not better than refraining from doing so.So, use triceps exercises with progressive resistance in order to build back lost muscle in your quest to "tone up" arm flab. And drop overall body fat by improving eating habits (don't say 'diet') as the other half of your prescription to tone up flabby upper arms.
About the Author:

Scott Abbett is the author of HardBody Success: 28 Principles to Create Your Ultimate Body and Shape Your Mind for Incredible Success. To see his personal transformation, visit >www.hardbodysuccess.com >WOW [bay Ram Collision Center, Hayward Ca] Auto Mechanic/ Auto Body Shop Tips &quot;green Printing&quot; How Far Away? &quot;Worm.Win32.AutoIt.ux&quot; Removal Guide- Uninstall/RemoveWorm.Win32.AutoIt.ux Virus Easily &quot;Sueños&quot; &quot;My Traditional Automobile Requirements A few Leather-based Work&quot; He or she Said In to Their Mobile phone &quot;My Sound Is Echoing&quot; - Auto-Installer ! &quot;Is Attitude the Cause of Your Injuries?&quot; &quot;How to Solve Your Money Problems - a Review of Profit Lance&quot; &quot;How To Create The Ultimate CSET Preparation Plan For The CSET Test!&quot; Профессия &quot;промышленный Aльпинист&quot;, Основные Требования К Специалисту- Высотнику Your Guide To Having Inexpensive And Good Second-hand Auto Tires You Can Take Our Cheap Jaguar Car Insurance For Your Self And Your Family
Write post print Bupa HealthPlus Insurance