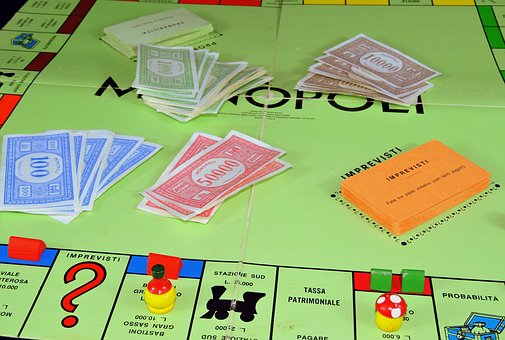 Without doubt after this summer evidence is accumulating that something major and alarming has been happening to global weather patterns.

Unprecedented monsoon weather has put vast areas of Pakistan under water and displaced some 20 million people while mudslides have destroyed whole villages and towns in China. Russia is one of 16 countries that have declared 2010 its hottest ever summer and is facing the loss of up to a third of its wheat crop.

A hige piece of ice has broken off from Greenland, while Niger is suffering from famine and once again the loss of its crops.

Is 2010 just one isolated and extreme summer?

Actually it's not if you look back over the last decade and remember from the Tsunami across S Asia in December 2004, the hurricane that destroyed much of New Orleans, major earthquakes in China and Haiti, flooding in the Irrawady Delta, Indonesia, and massive fires in dry weather in Greece and other parts of Europe because of dry, hot summers.

To the British-born environmental campaigner Lewis Pugh, who was recently interviewed by Riz Khan, on the TV Channel Al Jazeera, there's no question that the whole planet is at risk.

This is a man who has swum all the oceans, across the North Pole, where once there was ice, and in the Himalayas to highlight what is going on - and says he has witnessed for himself the changes that are happening in even the remotest parts of the planet, not just once but every time he goes back to these places.

He is in no doubt that the situation is urgent and of such overriding importance that all governments should be putting it at the top of their agendas.

Yet there is pessimism already about the possibility of agreement on action on global warming from November's next climate summit due in Cancun, Mexico.

US chief negotiator Jonathan Pershing is quoted in a BBC online article on August 7 as saying that many developed countries are back-pedalling from the progress that was made at Copenhagen last December.

He, also, warned that the extreme weather events of the summer were "consistent with the kind of changes" to be expected from climate change and that quick action was needed.

This is all putting even greater pressure on our abilities to make progress in producing enough food - at affordable prices - to do something about the scandalous situation in which more than a billion people on the planet suffer from malnutrition if not outright starvation.

Of course, for some, it's all just another opportunity to make money. Speculators on the commodities markets must be rubbing their expensively manicured hands with glee at the fortune to be made in pushing up the price of such basics as wheat. Well, there's no money to be made in sub-prime mortgages any more and investors expect a return on their investment.

There have, however, been a few bright spots in the week's news.

They include an agreement between the US and Brazil that Brazil's 13.5 million of debt is to be converted into a fund to protect Brazil's coastal rainforests. Ecuador also has announced a scheme intended to lock up up to a fifth of its oil reserves if rich nations will compensate it with &pound3.6 billion, equating to half the oil's value and payable over ten years.

If agreed the scheme would protect its Yasuni National Park, one of the most bio-diverse areas of rainforest in the world. The UN Development Programme has agreed to administer the project's trust fund and several EU countries are supporting the idea.

On a visit to London the secretary general of the UN Convention on Biological Diversity, Ahmed Djoghlaf, also sopke out against countries using the current global economic crisis to cut their protection for biodiversity and warned that destroying nature increases economic insecurity, not to mention the ability to produce enough food.

There are plenty of innovative ideas for improving the world's food production, from Genetically Modified crops, through cloning to the Biopesticides Developers' work on producing more environmentally friendly, bio-pesticides, fungicides and yield enhancers to contribute to increasing farm production sustainably without damaging the environment.

The sad thing is that too often governments are still relying on old and arguably discredited methods of pulling their countries out of recession.

While they are, perhaps understandably, focused on the current state of their own economies, if they don't soon change focus to the global situation the question is what, eventually, will they have left to govern?